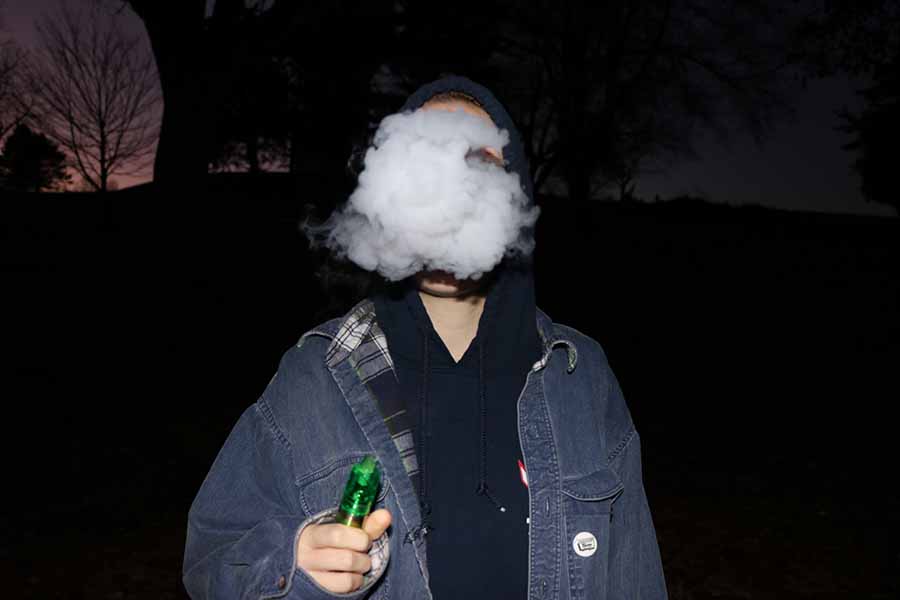 Up until 1994, when The Pro-Children Act was passed, smoking was allowed within the walls of schools and educational facilities. For years, smoking has been prevalent in the lives of students and often glorified in pop culture. With a serge in usage of vapes, schools and researchers have had to educate themselves on new technologies that have seeped into high school culture. For senior Jane Doe (name changed to protect identity), they were introduced to this new way of smoking through their brother .

“I had a sibling who began vaping my sophomore year. I was exposed to it pretty early in high school. That was honestly early for most people to start, but then it got heavy. People were doing it a lot during my junior and senior years,” Doe said.

At first, Doe was against juuling, but two months after being exposed to juuling for the first time, Doe later went on to purchase her own device junior year. Though Doe only juuled in social settings at first, her use of the juul became more frequent as pressure in social situations grew in order to feel accepted. With recent studies on the effects of juuling, though, Doe has seen a change in her friend group as an urge to quit juuling has surfaced.

“With the recent studies [showing] that it’s harming your body, people have actually figured that out. It’s become a lot less common to see an entire friend group juuling. There are a lot of people who have quit. At least in my friend group, it’s kind of looked down upon,” Doe said. “People always knew it was bad for you. Inhaling anything other than oxygen is bad for you. People just didn’t know the specifics until these new studies came out. I feel like high schoolers have a little more common sense than society gives [credit for]. So, when we were ignorant about it, it was easy to just accept that we could do this and that we could have fun, but now that it’s come out, we’re like ‘let’s slow down,” Doe said.

Not only can social pressure increase use, stigma as well can play a part in the choices a student makes. Doe attributes part of the problem to a lack of education in schools about drug use. One solution is discussing moderation.

“I think it’s hard to educate kids on something that we don’t know a lot about. The school system and honestly society in general takes this really big preventative approach where it’s like ‘don’t juul’, but they don’t teach you what to do if you do juul, if you decide to juul. We are teenagers, we make mistakes,” Doe said.

“They don’t teach you how to do it in moderation because you’re not supposed to do it all. So, teaching something that you’re not supposed to be doing is seen as very poorly among school systems, especially in a public school. They’re not gonna teach you if you’re vaping, that you should only be vaping once, twice a day max. Once you start vaping in all circumstances when you’re with friends, when you’re alone, then you’re just going to be addicted to nicotine. There’s no stopping without withdrawal symptoms.”

After a period of time, Doe fell into a pattern and found herself addicted to nicotine. This lead her to decide to quit over a period of time. Though most people experience withdrawals such as dizziness, headaches and constant cravings, Doe did not find the experience as bad as she thought. Though juuling no longer holds a strong control over her life, Doe disliked the addictive mindset and dependency that came with the cravings.

“I don’t like being dependent on things. I don’t like having this constant need to hit a vape. That’s the worst part of it for me was that I would have to. Every couple hours, I would be thinking about vaping and I didn’t like that,” Doe said.

Looking back, Doe has no regrets. Though she wishes she had tried to stop earlier, Doe has seen this experience as a lesson to take into the future.

“There’s a part of me that wishes I never started, but that being said, I don’t regret it. This was a very big learning experience in my life and I know I’m going to do something like this again because that’s just character and social pressures,” Doe said. 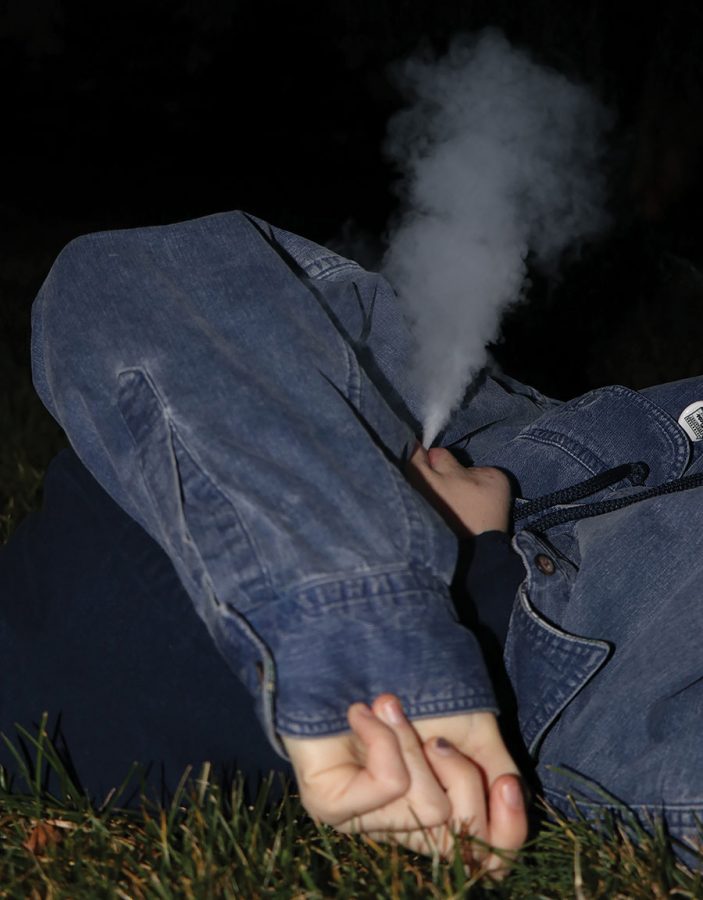 Gallery|4 Photos
Photo by Jane Thompson
“There’s a part of me that wishes I never started, but that being said, I don’t regret it. This was a very big learning experience in my life and I know I’m going to do something like this again because that’s just character and social pressures,” Doe said. (Name changed to protect identity)