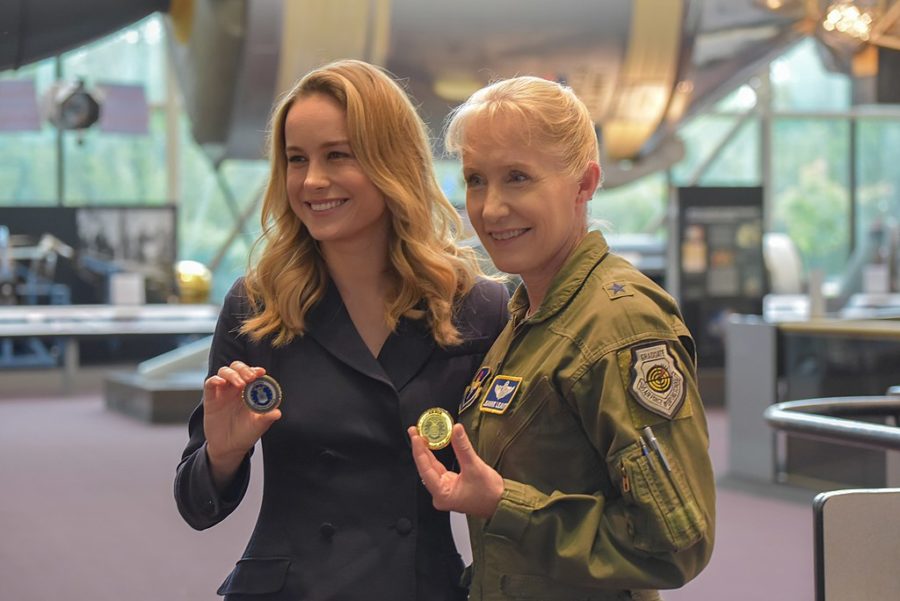 “Captain Marvel” is Marvel’s most recent film in the Marvel Cinematic Universe (MCU). The film was released on March 8, 2019, or National Women’s Day. “Captain Marvel” is a prequel to all the previous MCU movies, except for “Captain America: The First Avenger.” The film takes place in the year 1995, six years after Carol Danvers is in a horrific plane crash, from which she has no memory of.

Danvers joins the Star Force on the Kree homeworld, Hala. While on a mission to rescue one of their own, she gets kidnapped by a Skrull, a supposedly dangerous alien species. Danvers escapes, but ends up on Earth, where she and Nick Fury must stop the Skrulls before they can take over Earth.

When I went to watch “Captain Marvel,” I did not have high expectations for the film. I had heard so many bad things about this movie. One of these things was that lead actress Brie Larson’s acting was dull at times, but I enjoyed the film and Brie Larson’s acting nonetheless.

This film also answered many questions I had for a very long time and connects so many things from previous Marvel Cinematic Universe movies. In “Captain Marvel,” we learn so many things about the past. We learn many things about Nick Fury that had been mysteries floating around since the first Avengers film. We learn how Nick Fury lost his eye and how he got ahold of the tesseract. It is even told how Nick Fury had his device to contact Captain Marvel that is shown in “Avengers: Infinity War.”

If this film did anything for me, it was make me much more excited to see “Avengers: Endgame.” This movie sets up so many things that will  make you excited to see Endgame and how “Captain Marvel” will play a key role in it.

In the end, I was left pleasantly surprised by “Captain Marvel.” I was left surprised about how amazing the film was, After hearing so many awful things about it I thought for sure it would be terrible, but I was proven completely wrong. This movie made me even more excited for “Avengers: Endgame” and left me happy about how it ended. I would definitely recommend this film for any superhero movie lover. It is an amazing film, with an amazing cast and it answers the biggest questions people had about the Marvel Cinematic Universe. 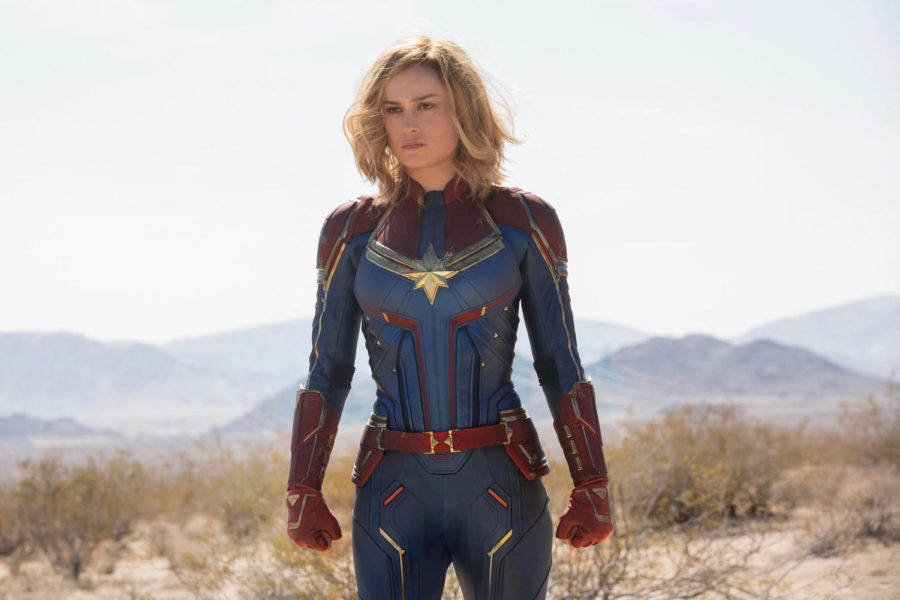 Male superheroes have seemingly appeared everywhere in the golden age of comic-book films. “Captain Marvel” is the latest entry from Marvel studios that aspires to break traditional gender barriers within the superhero film field. While “Captain Marvel” is not the first female-led superhero film, it maintains having the audience feel as if they’re watching something revolutionary and game-changing.

Before its release, “Captain Marvel” was placed in a challenging position because of the high bar set for it. Past Marvel releases such as Oscar-winning “Black Panther” and box office behemoth “Avenger: Infinity War” have all added to these expectations. In addition, Captain Marvel is expected to play a major role in the upcoming “Avengers: Endgame,” which is arguably one of the biggest cinematic events in recent memory.

The hiring of past indie film directors continues to be a trend of Marvel films with Anna Boden and Ryan Fleck putting forward their vision in “Captain Marvel.” This is perfect for the director duo as they have successfully created character-driven films in the past such as “Half Nelson”. It is definitely an accomplishment to applaud as they helmed the direction of the first female-centric film of the Marvel Cinematic Universe.

Brie Larson plays Vers, a kree operative from a distant planet called Hala that is at war with the shape-shifting Skulls. Our first introduction to Vers is through a sparring session with her mentor Yon-Rogg (Jude Law). As a mentor, Yon-Rogg teaches her that the most dangerous things she can encounter are emotions. This isn’t true however, because in reality everyone was just afraid of how much power she is capable of. Vers struggles with controlling her powers and is often swayed into attempting to figure out her past. “Captain Marvel” represents female empowerment through this because it shows how a woman realizes her own potential, thus being able to empower herself.

After a battle with skrulls goes awry, Vers finds herself crash landing on 1990’s earth. This leads to her discovering S.H.I.E.L.D Agent Nick Fury (Samuel L. Jackson) and discovering her personal history on earth. She was once an ace fighter pilot known as Carol Danvers, but was involved in an accident that lead to her receiving cosmic powers and the inability to recall her past life. Now, she must go on a mission to eliminate the Skrulls before a war begins with them and earth. Carol’s story is a lot to wrap your head around, but that’s apart of what keeps her being an interesting character.

Larson absolutely shines in her Marvel debut as she brings a balance between being stoic and portraying aspects of Carol’s charisma and stubbornness that begins to show as she discovers more about her past self. It is a natural performance that elevates the best of what Carol Danvers has to offer. I’ve heard a few complaints that Larson has little to no emotions, despite the fact she is told by her male mentor to keep her emotions in check and refrain from showing them. Even with a plot point to support it, Larson shouldn’t have to smile because of run of the mill sexism, which the film also tackles. Besides Larson, Samuel L. Jackson brings his best performance as Nick Fury that adds layers to his character as he’s appeared in several Marvel films. The buddy-esque chemistry between Fury and Danvers is an absolute blast to endure and really makes the film worth the price of admission.

The technical aspects are not perfect, but in some areas it does shine. A lot of editing was needed to explain Carol’s backstory using flashbacks that added to the narrative. There are some absolutely stunning shots that showcase Earth and the outer galaxies within the film. Perhaps my biggest praise is the digital de-aging of Samuel L. Jackson’s character, which is probably the best I have ever seen utilized in a film. A complaint that I do have with Marvel films does unfortunately follow into “Captain Marvel,”  which is the choreography of the fights and weak action scenes. However, it was not wholly distracting and the climactic fight scene is pretty enjoyable to watch.

Among other surprises is the scene-stealing orange feline Goose. A cat that offers a few surprises and hints at a connection with other MCU films. The film also brings a killer nineties soundtrack featuring the likes of Nirvana, No Doubt, and R.E.M.  However, the best integrated nineties piece of music belongs to punk rock song “Just a Girl’ by No Doubt during a fight sequence involving Captain Marvel. The nostalgic flair is brought more to life through commonly associated nineties references such as Blockbuster, Radio Shack and grunge fashion.

As the film draws to the climatic ending battle, the core message comes into play, which is to stop believing people who say that you’re too emotional or too weak. It is then that Carol Danvers utilizes her emotions to realize her full abilities as a hero and transform into a god-like being. Not only is “Captain Marvel” a great film, but it is now a cultural milestone for female-led films as it breaks box-office records across the globe. This is a film that is sure to inspire young girls and boys into believing that anyone can be a hero despite of their gender. For now, I believe Thanos better watch out, because he has no idea what’s coming for him.