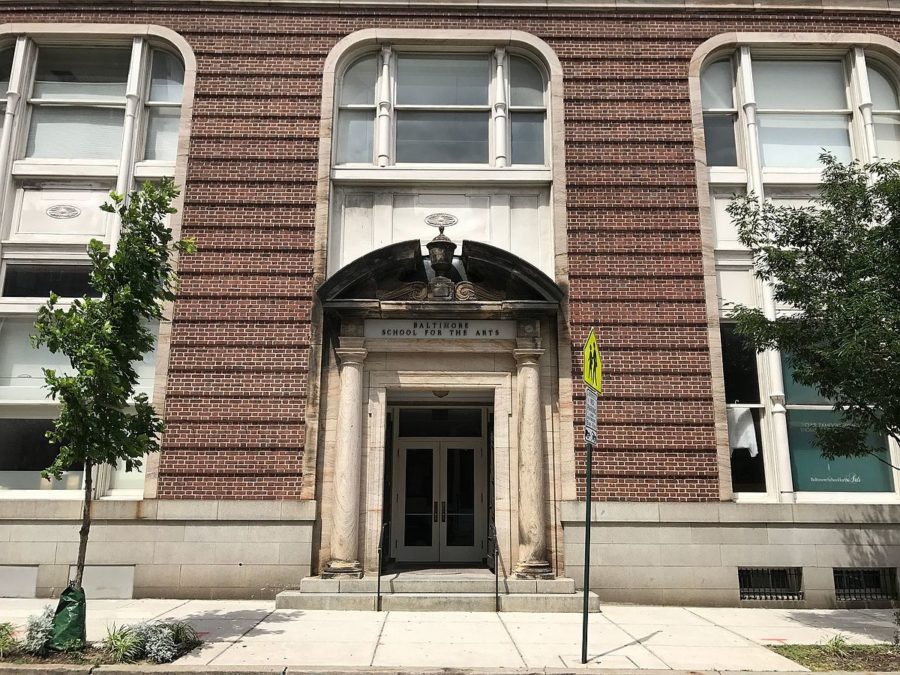 Two years of a personal art teacher, three years at a top-ranking art school, and an undeniable passion for animation. Senior William Walker, a first year student at Harrisonburg High School, first discovered his enthusiasm for the artistic world in middle school.

“I went through a lot in middle school. I didn’t really have much else I was good at, but throughout all the time I was going through all that stuff I was still drawing every single day,” Walker said. “My parents decided why not just get him an art teacher. After that, I worked with a personal teacher for about two years, and then I went to Baltimore School For the Arts (BSA) and studied there for three years until coming here.”

During his time with a personal teacher, Walker found the more abstract lessons to be the most beneficial, as opposed to simple learning art techniques.

“Back at BSA, it wasn’t only intense in the arts, but it was also super intense in the academics. We had the longest school day in the entire city,” Walker said. “It was super intense, so I never really had time to do what I wanted. Even in my art class, the designated time still had to be split up for academic stuff.”

Although Walker’s school in Baltimore was intense, he felt it still provided opportunities for him to excel as an artist. As one of seven students enrolled in AP Art at HHS, he finds the curriculum here aids him in producing pieces he is proud of.

“It was really great working at BSA. We had a lot of different resources, time to do different things and really hone our crafts,” Walker said. “Here, I think I have more time to get things done and I’m actually producing things that are less to better myself and more to make something that I personally enjoy,” Walker said.

“My history teacher was talking about either I’m working on her work or I’m animated something. I like doing digital animation. I watched a lot of cartoons growing up, so [those were a] big inspiration for that. Even when I was working at Baltimore School For the Arts, that’s what I wanted to do there,” Walker said.

Recently, Walker had to opportunity to display some of his pieces. During the musical performances, senior art displays were set up in the cafeteria for audience members to look at.

”I wanted to put out the stuff that I felt was most complete and really developed. Since most of my work is animated, it was kind of a struggle to find something that was [different] but also reflects the things that I like to do,” Walker said. “I really like to focus on shapes and stretching figures in weird ways. Cartoony type stuff.”

“There’s not really a wrong answer how to make stuff. There are ways to make things better, b but there is [also] so much more room to experiment,” Walker said. “The visual medium has so much room for interpretation. Anybody can come up and look at it and think, ‘I get this from this piece’ or ‘I get that from this piece.’”

“We ha[d] juries every single year and it used to determine whether or not you would come back to the school… You present the best pieces from different classes you took, but you also have one piece you have to make independently. Everybody takes that piece way too seriously, including me,” Walker said. “I ended up doing this giant mural, but on paper, and I worked on it for over six months, every single day. It was just a really great experience working on that. I felt like I could actually commit time to doing art in that I was able to make the step to being a professional.”