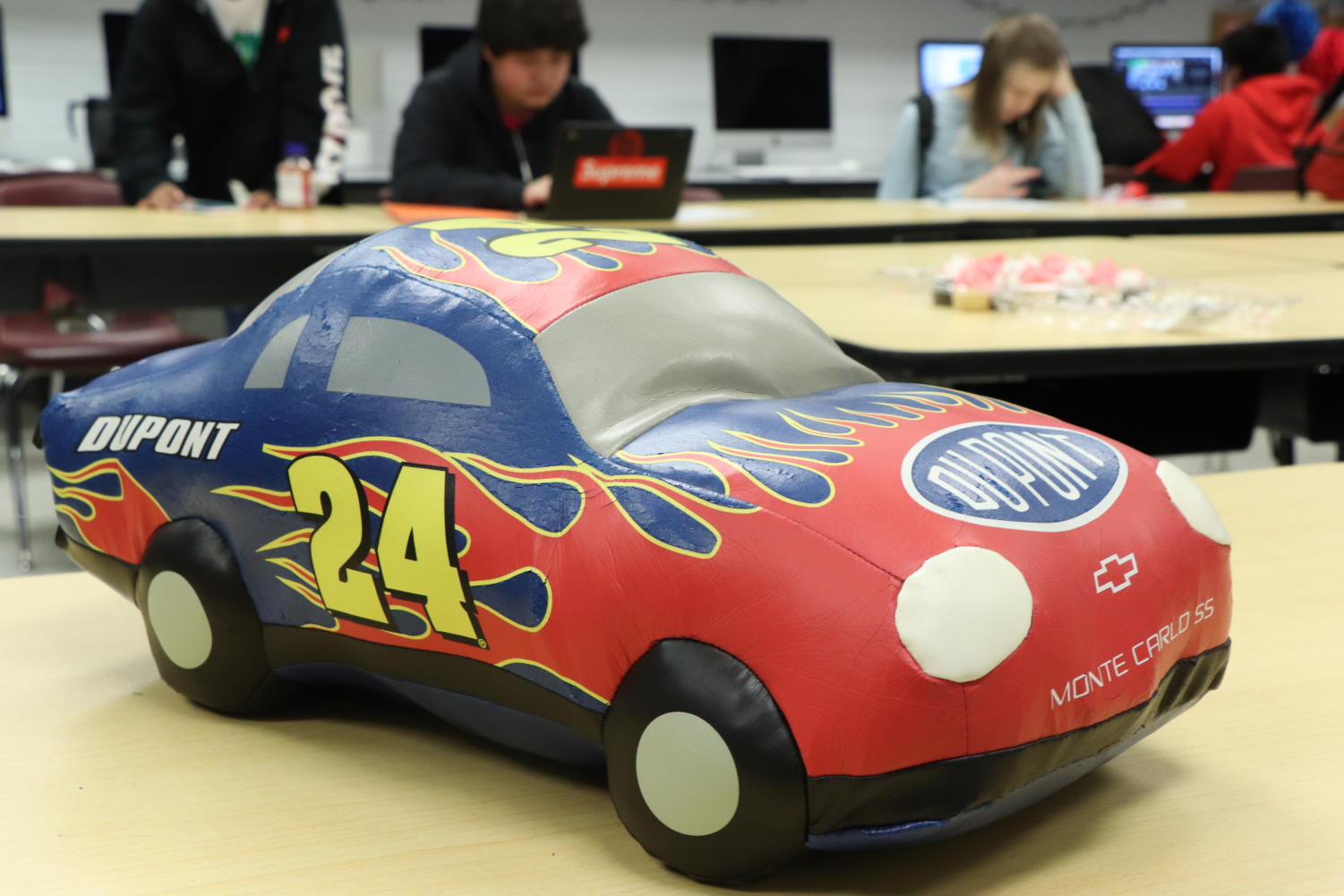 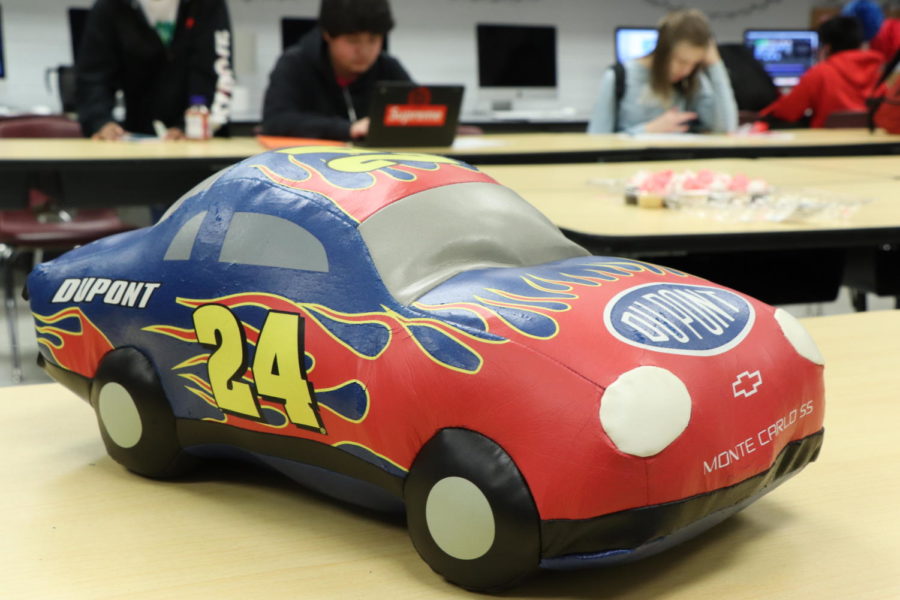 Fans roared as the NASCAR season took off with the 61st annual Daytona 500 last Sunday. NASCAR-overtime rules kicked in after numerous crashes had occurred. Only sixteen of the forty drivers remained with a chance of winning the 500. Denny Hamlin took the checkered flag over his teammate Kyle Busch, making an emotional win for team owner Joe Gibbs, who had lost his son just weeks ago. J.D. Gibbs, Joe Gibbs’ son, had recruited Hamlin and had loved the number 11.

Atlanta, Georgia marks the second race of the season. Drivers start their new aero package there with new possibilities. Will we see last year’s shape up again with Kevin Harvick winning the next three races, or possibly multiple winners throughout the season?

Harvick started off last year with winning Atlanta, being one of the fastest over the past years there. Atlanta is a multiple groove racetrack, somewhere where Harvick will shine brightest. He will have to overcome the new aero package and show us his dominance from last year. He should have confidence going to a track where he won last year and where his history started.

Truex Jr. is starting with a new team with the number nineteen with Joe Gibbs Racing. Being at the homebase of the team that was in basic control of his team in Colorado will boost his performance. He has been a top performer at tracks similar to Atlanta, finishing in the top 10 in the 6 of his last 7 starts. Don’t count out the 2017 champion, he is a true fighter.

Although Jimmie Johnson didn’t win a single race last year, he has still won two of the four races he has run in Atlanta. Having five wins at the speedway should boost his confidence. It’s too early in the season to tell if the new crew chief will add to the slump the seven time champion or increase his chances to win.

Elliott was the best Hendrick car last year, winning his first race and continuing to win two more. Assuming his career will reflect his father’s, Elliott has more wins coming for him. All the Atlanta races he ran, being 3, he got in the top 10. Look to see Elliot in the front of the field by the end of the race.

Dibenedetto, the 27 year old hasn’t always had the car to make it even close to the front. With Leavine Family Racing taking him and a relationship with Joe Gibbs Racing, this car has all the equipment to make his career improve. Although crashing out of Daytona, he led the most laps of all the drivers. It’s too early in the season to tell if this was a fluke but I think his career is about to start with a best career finish at Atlanta.

Sunday at Phoenix was slightly more exciting than Atlanta. Tempers only flared in qualifying with a fight breaking out between Daniel Suarez and Michael McDowell. Besides this throughout the race, the goodyear tires didn’t seem to last as long as some may have thought. Many crashes of one car spin outs came from cut down tires. Also, at the very end, gas mileage came into play as Ryan Blaney couldn’t fully finish the race by two laps while also maintaining the lead. Kyle Busch snatched it from Blaney in the end.

This race is the last day of the west coast swing. California is the home of many of the top series drivers, Jimmie Johnson being one of them. He’s really a beast here, but so are others that are young and upcoming. Here are the drivers to watch out for while ending the west coast swing in California.

You may see him as a dying out veteran driver with his age creeping up on him. He showed what may be soon to come from his stronger finish at Phoenix. Johnson has six wins under him overall at Auto Club, this particular race only three. He’s also got many top-tens and top-fives during his career. He probably won’t win, but there’s always a chance for his winless streak to break.

His literal nickname is “California Kid,” possibly because he was born in California and is called the next Jeff Gordon, as he followed Gordon’s footsteps to get to NASCAR. He has a mass number of runner up finishes at California and has won Auto Club in the Xfinity series. Watch for Larson to pull into victory lane for the first time since 2017.

If you don’t want to pick Kyle Busch anytime soon, go with Truex Jr. He’s been one of the top Toyota drivers this year with the new package. He may not have the same speed in his new ride with Joe Gibbs Racing compared to the Penske Fords. Never look for him to give up as he has truly worked for his way to the NASCAR premier series. Pay attention to this driver throughout the day to make some moves.

This driver ran strong at Phoenix and almost won the race, but he didn’t have enough gas to push strong. He’ll learn from this information and regain the streak of top-tens he’s gotten at Auto Club. He’s also part of the Penske organization, being one of the teams that others aim to beat this year. This young driver is also starting to battle the veterans for wins. Look for him to be near the front for most of the race.

With Speedweeks marking the soon approachment of the “Great American Race,” also known as the Daytona 500, the Nascar season is starting. It’s the highly anticipated opener of the Monster Energy NASCAR Cup Series season. To win this race puts you in with the greats: Earnhardts, Pettys, Allisons. Five hundred miles, 200 laps around one of NASCAR’s most famous and challenging tracks, Daytona. Being only one of two of the restrictor plate races on the circuit, Daytona makes drivers draft and stay in tight packs. Pile up crashes may come out of nowhere and insane pit strategies to stay in the lead make the winner almost impossible to choose. These are the drivers to look out for when the green flag drops.

Being one of the best restrictor plate drivers in the field on Sunday, Keselowski has won seven of these races in the last 10 years. Although he has never won a Daytona 500, his best finish was third in 2014. Keselowski is always near the front throughout the race, and won’t give up a win at Daytona without a battle. His teammate, Joey Logano, won the championship last year, maybe the momentum will push team Penske to their third win at the “Great American Race.”

Always being one of the favorites at every track, don’t let the new Ford Mustang design make you think Harvick won’t be up to speed by the time the green flag drops. With two Daytona 500 wins since the beginning of his career in 2001, Harvick came off of a eight-win season last year. We should expect the same for this season, starting off with a swift move to close the win at Daytona by the end of the race.

He lead the most laps with 118 in last year’s Daytona 500, almost winning the race. Blaney has also finished in the top ten in two of his four starts at the 500. Being only his fifth start as a young driver, getting a Daytona 500 early may just be a view of what’s to come of his career. In the clash he showed strength, trying out new lines and keeping in the draft with his teammates. Having teammates being Joey Logano and Brad Keselowski, two of the best restrictor plate drivers, could rub off onto young Blaney.

Although he crashed the whole field during the Daytona Clash and ended up winning because of a rain delay, he showed his veteran strength. He stayed near the leaders for the Clash and during qualifying competed with his teammates as the four fastest cars. He came off a horrible season with last year being his worst statistics ever. Johnson wants to prove that the split of him and his longtime crew chief Chad Knaus hasn’t hurt his performance.

Menard kept his lead in the clash all the way up to the end. He kept back highly competitive drivers like Keselowski and Logano. The luck turned sour when Johnson spun him. If this event wouldn’t have happened, maybe we would see a different winner. Don’t look for him to do much in the big pack come Daytona 500 day, but the clash could foreshadow his strength on Sunday.