Harrisonburg: Dealing with the impact of school shootings 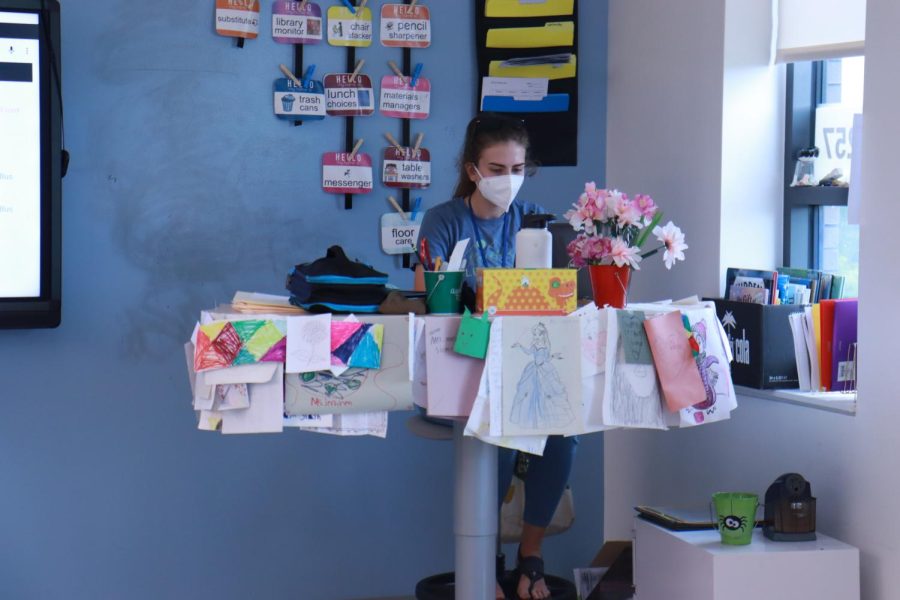 At 11:35 a.m., three Uvalde, Texas police officers arrived at Robb Elementary School after receiving a call from a teacher the morning of May 24, 2022. The teacher reported a crash and a man with a gun inside the elementary school. 28 minutes later, a student inside the school called 911 for help. The person called again, reporting that multiple people had been killed. The police had still not entered the elementary school. About 75 minutes after the 11:35 call, the tactical unit entered the classroom and killed the shooter.

Parents waited outside. They later learned that 19 students and two teachers had been killed.

“Everytime we turn on the news and we hear of another shooting…’it could never happen here’…it happened here and it took my baby,” Veronica Mata, who’s daughter was killed in the shooting, told ABC news in an interview.

Irma Gracia was one of the teachers who was killed. John Martinez, her nephew tells PEOPLE news ,“she died a hero trying to protect her students.” One of the nineteen children was found dead in her arms. Her husband died days after, leaving four children behind.

Communities across the nation reacted to this unthinkable event. Students particularly experienced outrage as the event hit close to home.

Freshman Ava Nelson took to social media to express her emotions in support of Robb Elementary School and against gun violence.

“We live in a society where [gun violence] is normalized,” Nelson said.

Nelson was expecting more of a reaction from the Harrisonburg community.

Sophomore Zoe King viewed the situation differently. She saw that a lot of people talked about the situation like it was not an urgent matter.

King realizes that gun control is a national issue, and on the local level, there is not much that Harrisonburg can do. However, she does have some ideas.

“[We shouldn’t] have a gun convention at Rockingham Fair anymore,” King said.

King believes that not many of her peers are aware of the mental health resources that are available for students when shootings occur.

“We need to talk about it. [It is important that we] make sure that our peers understand that there are people they can talk to because a lot of people don’t fully grasp that,” King said.

Students were not the only ones who felt strongly about gun violence, teachers contributed to the conversation as well. Fourth grade teacher at Bluestone Elementary School, Afrcia Dutor, experiences anxiety in correlation to these events.

“What part of the building are you in?”

“How long does it take for a shooter to get to your class?”

“How your class is set up, if you have closets to put your students in.”

Dutor practices her own precautions in reaction to the shooting.

“I never walk around the building without my phone [anymore]. If I walk out casually and I forget my phone, I will come back to get it. In case something happens I want to have my phone with me,” Dutor said.

When the shooting happened, Dutor questioned the career she took. Unlike many other professions, teaching didn’t seem risky to her at the time.

“I didn’t choose a profession that is life risking,” Dutor said.

Dutor is a mother and has had three of her children in the same building before. Her youngest son was one of the organizers for a school walkout at Skyline Middle School.

“Doing drills, [I think a lot about] if something happened to them, and I’m here protecting students without knowing where my own children are…that’s terrible,” Dutor said.

Thinking back to her fourth grade students, Dutor sees them as most vulnerable. While many students are taught to throw chairs, pencils and other available materials, younger students are less likely to do so.

“Students at the high school are more alert. Their bodies are bigger, they can kind of fight a situation in a different way, but these little ones [can’t]. A fourth grader is not going to throw a chair. They don’t have those reactions yet,” Dutor said.

While some teachers like Dutor were emotional about the mass shooting, others found themselves desensitized.

“I think I’m desensitized to a lot of the violence that our culture allows to happen in our country,” third grade teacher at Bluestone Elementary School Eileen Hernon said.

Hernon observed that her students did not ask her questions about what had happened and that there was very little conversation.

Hernon disagrees with lawmakers’ suggestion to arm teachers. She thinks once lawmakers only focus on the school aspect of mass shootings, they will come up with solutions that are not effective. Instead, Hernon believes the focal point should be gun control.

“Lawmakers suggest things like arming teachers, [but the] only solution is gun control. I don’t think that [more] guns are going to solve the gun problem,” Hernon said.

Nine days after the Uvalde school shooting in Texas, 20 mass shootings occurred across the United States. There have been more than 200 hundred mass shootings this year.  In 2020, 45,222 people died from gun related causes. Just last week, in Chesterfield County, Virginia, a gunman opened fire at a high school graduation party, killing one man, and injuring seven.

Hundreds of thousands of protesters gathered in DC in 2018 for the March For Our Lives.  March For Our Lives, is a youth led organization, founded after the shooting at Stoneman Douglas High School in Parkland, Florida. Following the Uvalde shooting the website updated writing, “it’s time to march for our lives again.”

The youth led movement is organizing another march to be held June 11, with the goal of bringing more change to gun violence.

Talking to Children about Violence- https://drive.google.com/file/d/1rFd5OTKcgSu7ZCrFTX3o0kMYjIzgjh0j/view

Getting Involved in Change- https://marchforourlives.com/march22/