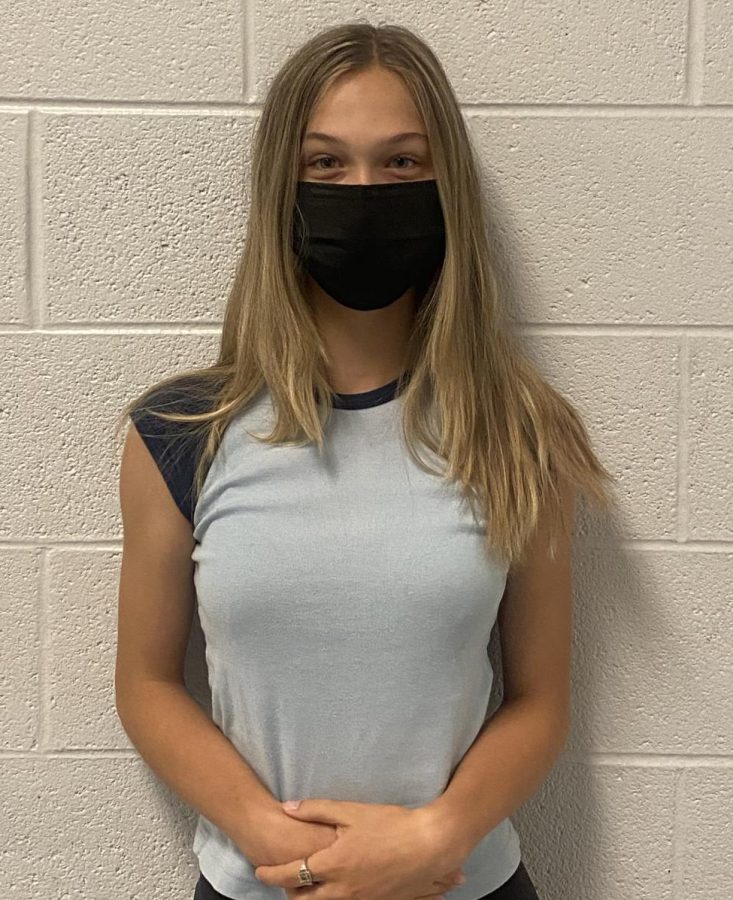 Sophomore Norah Tang poses for a photo during class.

Since the age of eight, sophomore Norah Tang has honed a passion for tennis. For the past two years of her high school career, she has been a part of the tennis team.

“Both of my parents are really into tennis and play regularly, so they encouraged me to play from a young age,” Tang said.

Once Tang began playing tennis, she took lessons and enrolled in camps which expanded her tennis skills. Tang is grateful for the encouragement and support she received to start playing at a young age.

“I did some camps and lessons, but really it was just practicing and playing for fun and then [eventually] seeing improvement,” Tang said.

Tang tries to stay in shape for tennis all year long. In addition to playing tennis in her free time, she also runs and stretches regularly. Doing this, she’s able to easily transition into the next tennis season.

“We usually run and stretch at the beginning of practice, but I also do it outside of school throughout the year,” Tang said.

With Tang having a tight schedule due to tennis, she tries to spend her weekends doing physical activities to stay fit.

“I have practice every day for two hours after school unless it’s raining or we have a match. If it’s raining, we usually have indoor practice which consists of running laps around the school and working out,” Tang said. “Matches usually last about five hours. I also usually practice on weekends with my parents. During the off seasons, I try to keep practicing too.”

Due to health reasons, Tang began her season later than normal.

“At the beginning of the year, I couldn’t get my physical until I had cardiology tests done and it took forever to get them done so I joined the team about six weeks late. That was a huge setback for me because I missed out on half the season,” Tang said.

Tang was still just happy to get to be a part of the team.

“I love our tennis team. We have great coaches and great girls. It’s so fun to be a part of the team,” Tang said.