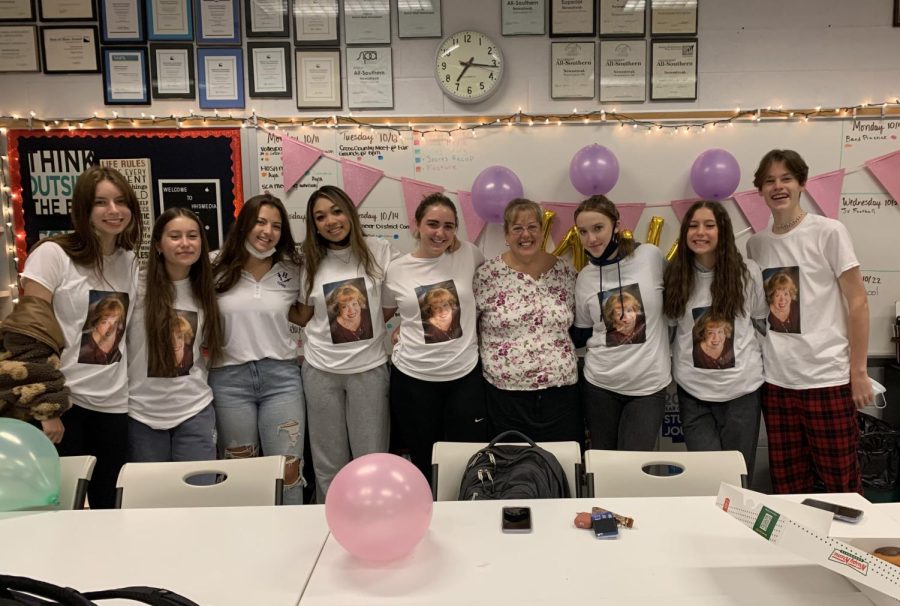 For the first time ever, the yearbook, newspaper and broadcasting staffs have combined under one title, HHS Media. The yearbook and newspaper staffs are one in the same, with broadcasting still being a separate class. Those who have been a part of newspaper, the Newsstreak, are now learning yearbook as well and vice versa.

Online Editor in Chief, senior Maya Waid has learned how elements combine between both newspaper and yearbook, with no past experience in yearbook design.

“Seeing how things played out over COVID-19 and how both yearbook and newspaper are so similar, we made the decision to combine both publications into one, HHS Media, and broadcasting also falls under that. It’s been different in that we’ve had to learn how to do more yearbook [design], which I had not dabbled in before. [I’ve gotten] to expand my knowledge of running both a publication and design [in] the yearbook world. It’s been good for all of the first year students and for all of the leadership to see how those work together. [We’re working] to produce a more professional publication on both ends [since] we have hands in everything. We’re [now] able to put out what we want to put out and see [the two publications] overlap,” Waid said.

Print Editor in Chief, senior Lucia Gabel has a major role in both newspaper and yearbook, also with no past experience in yearbook.

“As print [Editor in Chief or] EIC, I work a lot with design and that carries into a lot of what we do for the yearbook. As yearbook EIC, it’s a lot of decisions that have to do with design. [However], it still connects with arranging assignments and spreads. [My roles] are connected [in that way], but yearbook is different because I get to work more with design aspects and making decisions in that area, which I enjoy a lot more,” Gabel said.

Page Editor, junior Jolie Sallah has experienced more stress compared to in the past, due to working on both publications at the same time.

“We do a whole lot more work, on top of having mentees, [which are first year students in the class], and having to do spreads for yearbook and newspaper [too]. We actually have to plan spreads because there aren’t enough people in [the] yearbook [class]. It’s very busy [and] stressful at times because it’s a workload on top of a workload already. It’s fun [at the same time] because you get to [be] creative,” Sallah said.

Unlike the current leaders on staff, Staff Reporter, junior Kaitlyn Wood has previously been on the yearbook staff. Now, Wood is crossing over into the newspaper since the two publications have been combined.

“It’s interesting learning about Newsstreak since I’ve been in yearbook for the past two years. I have trouble communicating with others sometimes [so] learning more about interviewing [has] helped. I like interviewing people [and] going to events to take photos. I never really had to [write] news stories [or design] infographics [in the past]. Taking photos [is primarily what] I remember doing,” Wood said.