Kauffman reflects on running and the current cross country season 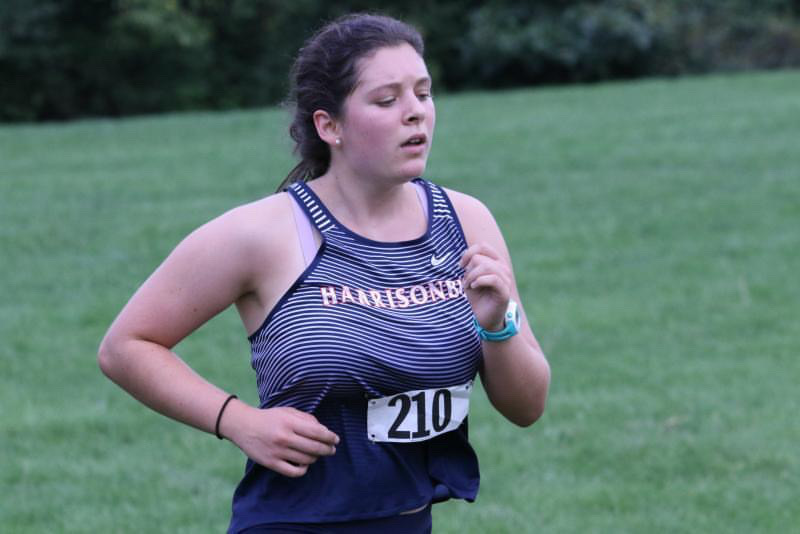 Running, commonly defined as the action of moving fast on foot, can take a severe mental and physical toll on athletes. For junior Abby Kauffman, the sport is a source of exercise and social interaction.

Kauffman began running in sixth grade and since then she has participated in almost every season of cross country and outdoor track.

“I started running in 6th grade because my friends were doing it and because my dad runs. I have continued [it ever since] because I like running and the team [environment],” Kauffman said.

The cross country team consists of 16 girls this season. The team has almost doubled in size, with around only nine girls last year.

“I feel like this year, people are friendly. It’s [also] the biggest team we’ve had in a while, or that I’ve ever been on,” Kauffman said.

The cross country season stretches from late July to early November, allowing for enough time to reach season goals. Kauffman herself has set many personal goals to work towards over the span of this season.

“[This year] I want to break 24 minutes for the 5k. I’m trying to continue to improve my time over the course of the season,” Kauffman said.

Kauffman first found her love for running through her dad, who along with her coach helped her create a plan over the summer to build up her endurance and strength.

“It was [a] five day week [plan that] over the week increased in mileage. I think by the time we entered the cross country season [I was running around] 25 miles a week. [I try to focus on] being in shape when I come into the season,” Kauffman said.

Running is a high-impact sport that consistently puts stress on the same tissues, muscles, and bones. Due to this, runner’s are often subjected to physical challenges.

“Last spring, I was [going to] join the [covid] cross country season , but then I had a groin injury [because] I did a track workout way too early [when] I wasn’t in shape,” Kauffman said.

In addition to physical challenges, Kauffman finds many mental obstacles within the sport.

“The worst part [of racing] for me is making myself go hard. If I get into that place where I’m like, ‘why am I doing this’ or ‘I’m tired’ then that’s the most challenging part of a race,” Kauffman said. “I just try not to think about my running and how much longer I have to go [during practice]. If I do think about my running, I try to think about my form and focus on that to stay strong. Usually I just distract myself [by thinking] about school or something else.”

Despite the challenges that come with running, Kauffman still enjoys the sport and the satisfaction that comes with it.

“I like how [running is] an easy way to exercise, you don’t need a lot of equipment and you get to be outside,” Kauffman said. “The feeling after a run is [also] nice, it feels like you’ve accomplished something.”