A Letter to the Editors 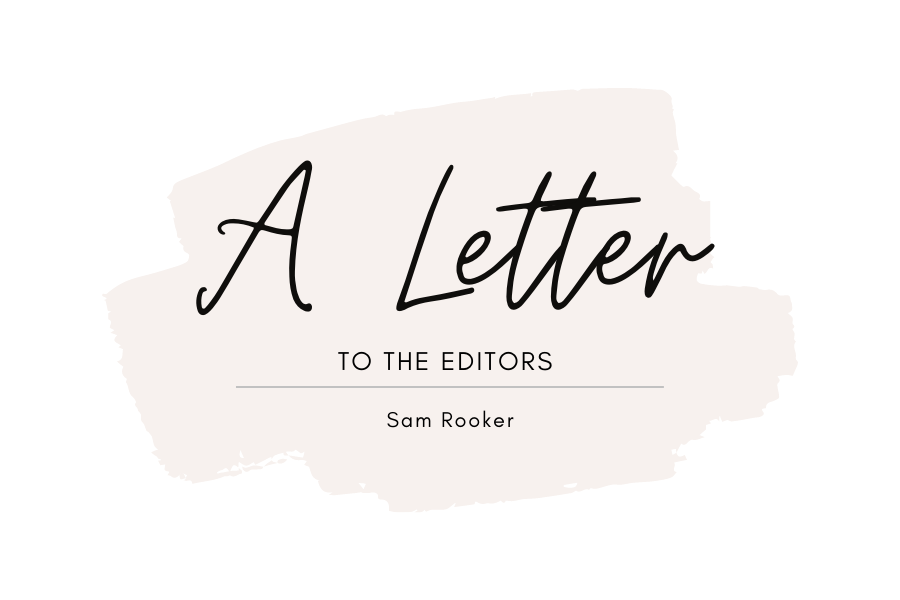 To The Editors and Staff of HHS Media

My name is Sam Rooker and I am a student at Harrisonburg High School,

It has been a difficult year, as we all know, and from time to time this year I have reflected on the past. I congratulate you all on the fantastic work you have accomplished this year. I cannot fathom how difficult it must have been to manage a news media organization in a digital environment. With the constantly changing landscape of print and digital media, it can often be a challenge to find your voice in the crowded field of opinions and stories. Your voice is your power and in the 21st century too easily that voice is drowned out by those who believe that their work is more valid than your own. That cisgender, white, wealthy, straight standard which looks to drown out any writer who may think differently.

Any person who thinks this privilege no longer exists is simply not looking hard enough. All around us this bias exists, and for a long time, I thought that perhaps it was righteous. That perhaps I deserved to be put in my place, that I simply was not good enough to meet the standard and surpass it. That all those who had sneered at me from behind their shield of privilege were right. So I kept my opinions to myself. I chose not to speak out, I chose not to pursue the story, I chose to sit back rather than be beaten to a pulp by my peers. For a while this was a comfortable relationship with the world at large.

Then, in May of 2020, the world erupted. We awakened from our coronavirus fueled slumber to find that all across America there were people in need of our help. A man named George Floyd was murdered and the nation came together to mourn and protest his death at the hands of those who had sworn to protect him. Where was I? I sat at home, horrified as I witnessed protesters beaten and arrested for exercising their rights. Those basic rights which so many of us cherish: The Freedom of Speech, The Freedom of the Press, Freedom from Religious Persecution, Freedom to lawfully practice Religion, The Freedom of Assembly, The Freedom of Petition. All those brave Americans, standing side by side, exercised those rights. My own cowardice, my fear of the plague, and my fear to speak out kept me at home.

That is why I write to you today, to say this: don’t forget about those rights. As reporters, social media managers, photographers, opinion columnists, copy editors, and writers you hold the power to change this system. The ability to share your voice without fear of persecution is a powerful concept. I know that often as students, we are told this and we dismiss it as this oldest generation reminding us of how life was “back in the day”. Yet, isn’t this a beautiful and thoroughly engaging idea. That you can share your voice with confidence and clarity through the power of the pen. Later this year the Supreme Court will hear the case of Mahanoy Area School District v. Brandi Levy. Brandi is a student, like us, who exercised her freedom of speech (via Snapchat) and was punished by her school because of it. Perhaps her case is less righteous than that of Tinker v. Des Moines (1969), however the law equally protects her, as it does you and I. This is that most fundamental idea that as writers we must remember: that even as students we have the power to enact change through our words. I cannot say what the court’s decision will be, but for now continue to do the great work of a writer. If you see a story worth telling, share it. If you see injustice, act with the force of the law. If you find your voice, make it heard.