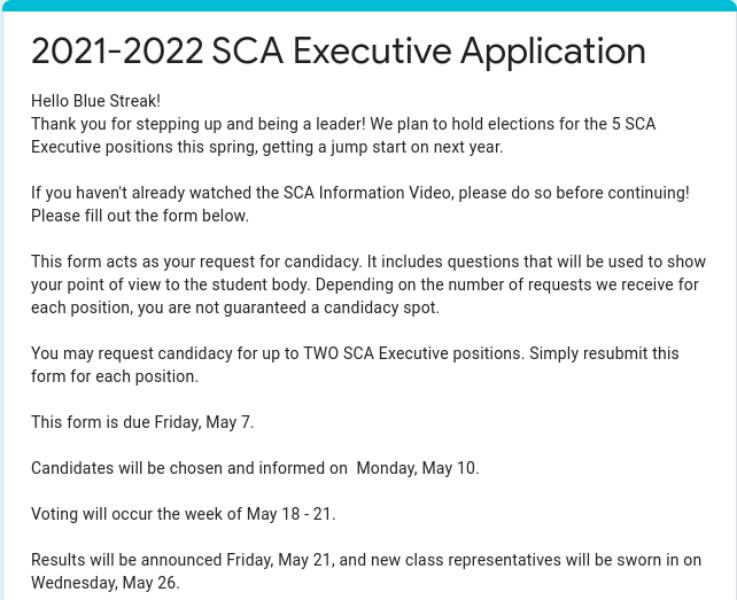 SCA election nominations are open until May 7, voting will take place May 18-21 and results will be announced May 21.