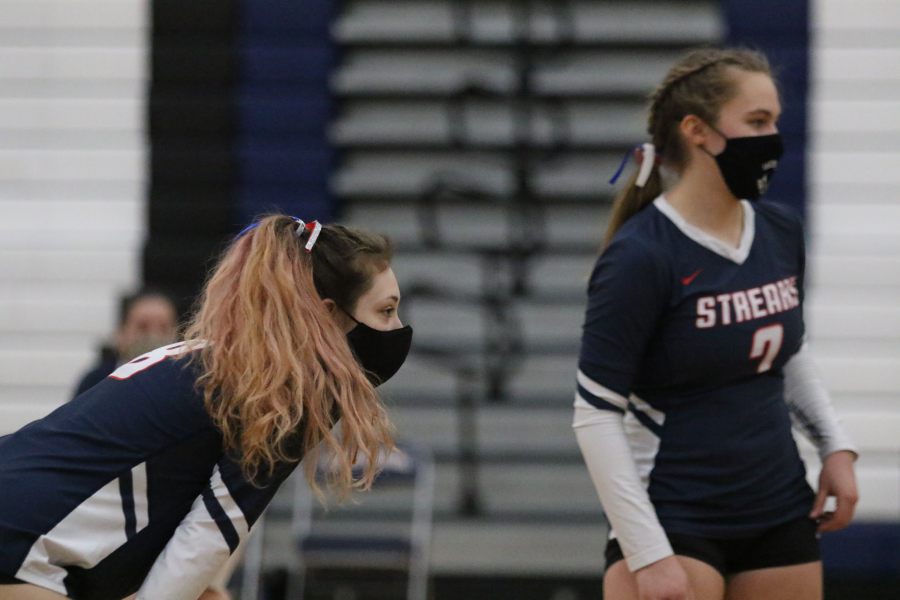 Eighth grader Autumn Sinnett and freshman Lucy Ludwig wait for a serve from Culpeper in the second set.

The JV girls volleyball team faced the Blue Devils of Culpeper County High School on Monday, Mar. 22.  This was the second time the Streaks have faced the Blue Devils this season. After a three set match, Harrisonburg eventually pulled out the victory with each set score being: 25-21, 21-25, 15-11.

Going into the third and deciding set of the match, Culpeper started off with serve but lost the point to the Streaks with an out hit after a long rally. The Streaks bounced back from the second set by serving aces and getting kills and reached the eight point mark first. At match point, eighth grader Autumn Sinnett scored the winning point allowing the Streaks to secure the third set with a score of 15-11.

“It felt amazing to get to see the ball hit the ground in between [Culpeper’s] two players. Then [turning around] and getting to see how happy [my] team was [about out win] was even better,” Sinnett said.

After securing their second win of the season, Harrisonburg will carry its momentum over into their match at home against East Rock on Tuesday, Mar. 23.