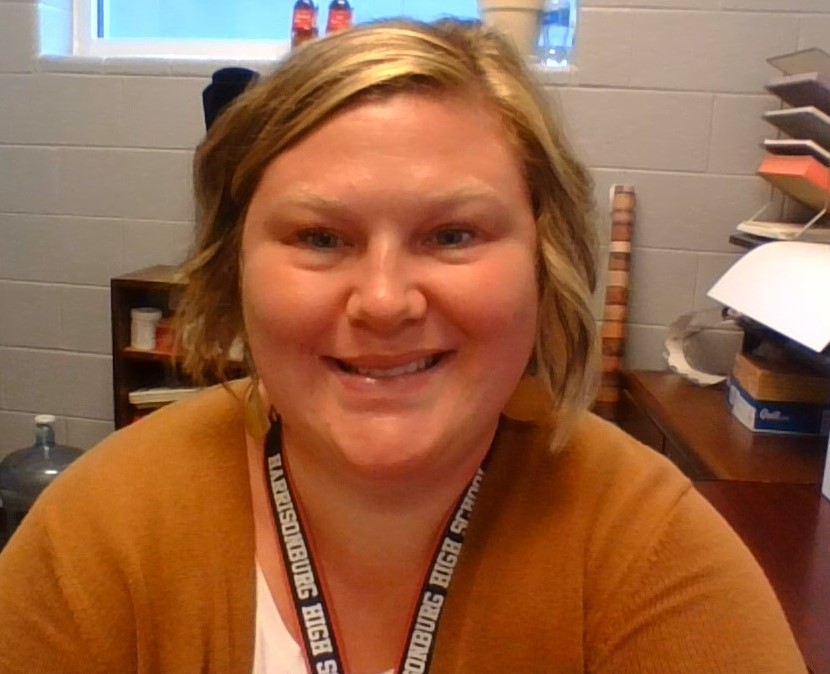 Assistant principal Jennifer Burner sits in her office during the school day.

Years ago, a parade of tractors drove down the main street of Woodstock on their way to prom. Though uncommon in Harrisonburg, for new assistant principal Jennifer Burner, this was nothing out of the ordinary.

Burner was not always an administrator. Her childhood dream was to be a marine biologist until she learned she was afraid of sharks. After graduating from James Madison University (JMU) with an administrator’s endorsement, she became a P.E. teacher and later went on to earn her Master’s at Avery University.

“I was a P.E. teacher for 14 years. I had a teacher who really impacted my life, and I was like, that’s what I want to do. I want to become a PE teacher. I don’t think there’s always those aha moments but some, you just feel it in your blood,” Burner said.

Before school began, Burner spent time with her family slowing down.

“I just feel like we rush rush rush and we’ve been able to slow down time a little bit, and really enjoy the moments, that’s definitely something that I’ve learned. A fun fact [is that] my kids are also doing school virtually, and they’ve really started to embrace this moment. They actually decorated my house for Christmas the other day; just because they wanted to. That’s something that brings them joy. Just really look at those small moments and take in what brings you joy,”  Burner said.

With online school becoming a reality for almost every student in our school system, Burner has three daughters to give her insight into the world of online learning.

“One thing that I’ve really learned is  we’re all in this together. My technology isn’t always the best. We’ve got to give each other some grace and there has to be some patience with it too because we’re learning,”  Burner said.

Burner has not only been adjusting to work at HHS but has also had to adjust to the new world of teaching technology.

“I can research and figure things out but I’m not a huge tech person. Each day is just filled with new things or a problem or something  comes up [and] I’m like, okay, I can solve this. Just really using those problem solving skills has been something that I’ve [been using] because nobody knows the answer. This is all new to everybody.”  Burner said.

According to Burner she believes that it is important to remember your ‘why?’ when doing your job.

Burner was once a kid in high school herself, where she played volleyball, basketball, and was involved in clubs. Looking back on her high school years, Burner has advice for students unsure of what’s to come.

“Enjoy every single moment. If we have games, if we get to have dances, do it. Take advantage of it. If clubs are online, do them. Participate in everything. It’s just going to be so much more fun.”  Burner said.