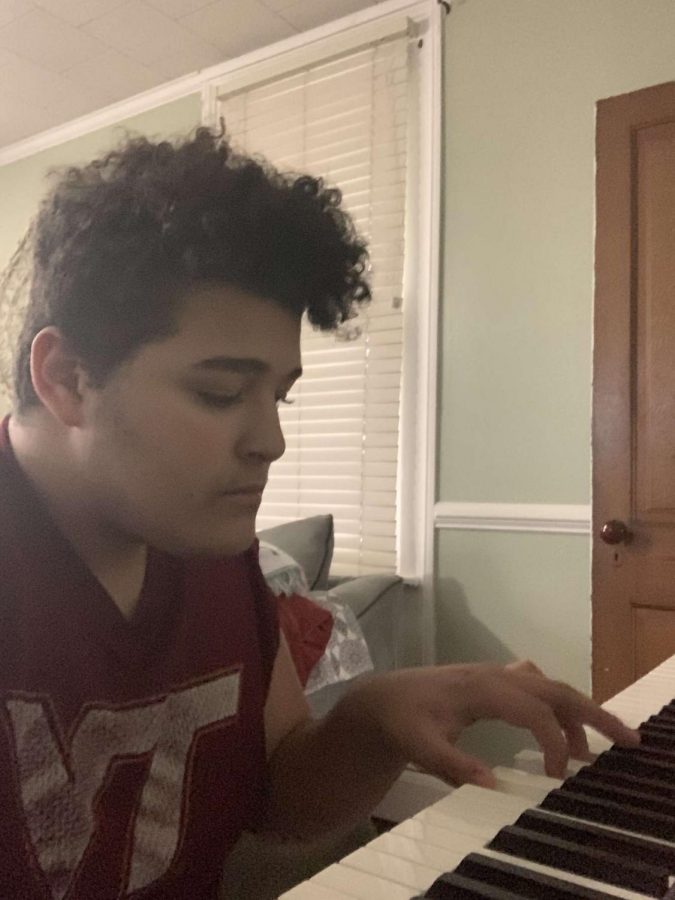 Sophomore Dominic Feilds spends his time playing the piano. "I enjoy the escape and I appreciate being able to express myself in a creative way," Fields said.

After a class at school peaked his interest, sophomore Dominic Fields has been playing piano.

“I spend about an hour a day every other day practicing, [so] basically a couple hours a week. I want to become better, so I try to practice regularly,” Fields said.

Over the time Fields has played the piano, he has faced challenges, but has found ways to overcome them.

“Stretching my fingers far enough to hit the notes is a big challenge because some of the notes are stretched apart. I had to learn how to position my hands in the right spot or change up my position a little bit so it still sounded right. This made it a lot easier for me,” Fields said. “The least challenging part of playing piano is the melodies, some of them are just hitting the same note at the same time over and over.”

Even though Fields can already play various songs, he is still working to keep on improving. Being in quarantine has allowed for him to have more time to keep practicing.

“My favorite song to play is ”Fly me to the moon” by Frank Sinatra. I think it’s really beautiful and I like the melody. The music I want to learn in the future is Moonlight Sonata the third Movement by Beethoven,” Fields said. “Now that I have more time because of quarantine, I hope I can fully learn the music.”