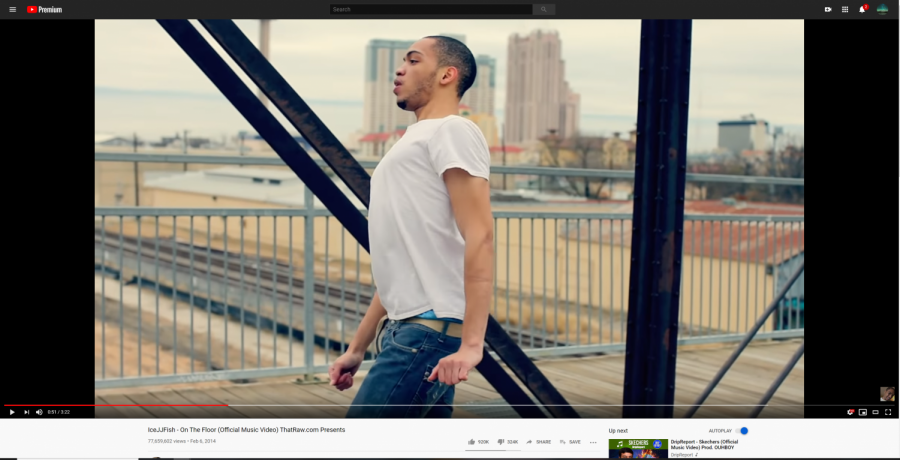 This is IceJJFish's most popular song's music video "On The Floor."

25 year old Chicago-born rapper Daniel McLoyd, better known as “Ice JJ Fish,” has been a rising topic in the hip hop community since his initial break in the early 2010s. Best known for his 2013 hit “On the Floor,” he has constantly been subject to criticism and blatant hate due to his unique voice. Some comments posted under the official music video for “On the Floor” read, “It’s been almost [six] years and I [can’t] tell if this man is joking..,” “I put this on every day in hopes it scares the Coronavirus,” “He sings like how I wrote in [second] grade.” If you didn’t already know, his singing voice is somewhat of an acquired taste. Judging by the fact that I couldn’t find a positive comment after scrolling through his most popular song for a few minutes, most people on their first listen to Ice JJ Fish believe that the only way to be this bad is through satire. Even though this theory is widespread and surrounds the mention of his name, there hasn’t been any evidence proving it true, so we have to give him the benefit of the doubt.

His blatant off-key singing is the most notable attribute in his music and top factor that repels potential fans and causes them to dismiss his artwork as laughable at best. But if you look past his biggest titles and sit down to listen to some of his albums, including “Seasick,” “My First Love” and “Emotions for You,” you will quickly realize that he is a hidden treasure buried under a sea of hate.

One song that I would like to focus on is “The Bone” from the 2017 EP “LilJJFish.” The first thing you’ll hear when listening to the song is the catchy yet innovative instrumental composed of melodic high and low notes, complementary to his voice. After a few seconds he comes in boldly, powerfully singing “The bone…” for a few seconds. Keeping in mind that this is IceJJFish’s voice, this might be extremely off putting for the listen. But after listening once or twice more to his catchy and rhythmic rapping in the bars to follow, you will catch yourself bopping your head along to the beat.