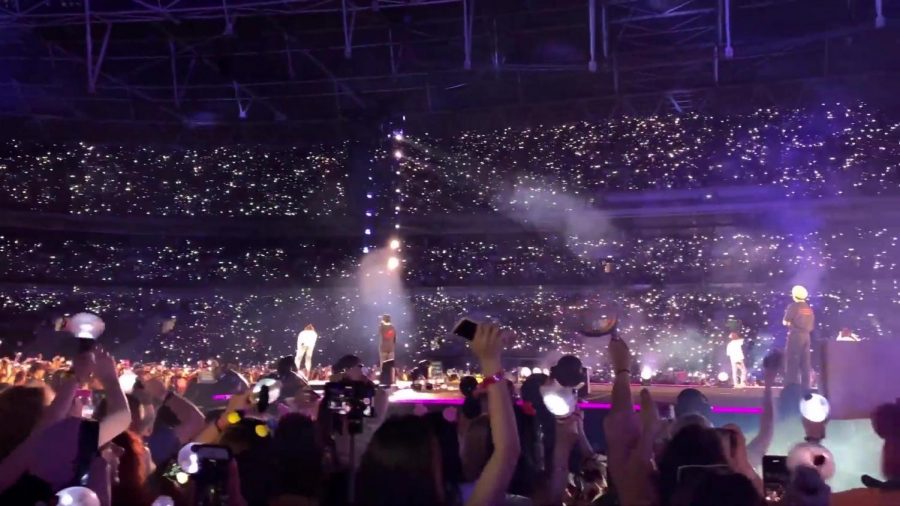 This Q&A was done with sophomore Sophia Alexiou regarding the cancellation of the BTS concert which was canceled.

Whos concert were you planning on going to?

When and where was the concert?

“The concert was in New Jersey right outside of New York, it was May 23rd and there was another concert the next day on May 24th.

Have you seen BTS in concert before?

“I love BTS because they’re all very talented and they’re hilarious. They love us fans so much, their songs have amazing meanings especially the ones about loving yourself and the songs sound great in my opinion.”

Why is BTS important to you?

“Music has always meant the world to me, I think BTS especially has a type of music that you can enjoy listening to but it also has amazing meanings. They’re really kind people and they care about every one of their fans and that’s the main reason why they’re important to me. In terms of seeing them in concert I think that’s important to me for many reasons including that they’re huge goofballs so that’d be so fun to see, but their talent amazes me. Even when they’re live their voices sound even better than they do on tape, they rap, they dance and it’s amazing. It’s so hype. The fan base cheering along to their songs is something I feel could never be forgotten so I want to see that too.”

How long have you been planning on going to this concert and how much did you spend on tickets?

“The tickets went on sale February 6th, that’s when I went home early from school to buy them. So I’ve been preparing for at least a few months before that, I think each seat was about $90. We did not get seats very close to the front though, if I had been closer to the front they could go as high as $500.

“There were some dates in early April for a few Seoul concerts and those were all cancelled, not postponed so I think that they would be cancelled. One thing I thought was cool was in Seoul after the concerts were cancelled a lot of the fans donated a bunch of money to preventing the coronavirus, I think it was a little over $50,000, something insane like that and I just thought that was cool.”