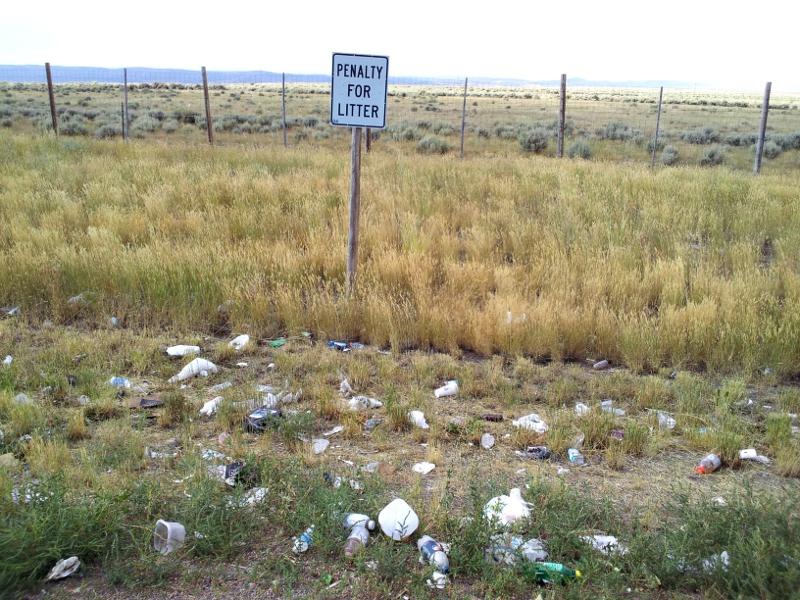 Trash lines the side of a Virginia highway. Photo by Rafael Snell-Feikema

Environmentalism is an important issue in our politics, and sometimes even our culture. Are HHS students participating in this phenomenon?

Some of them are, including Key Club, whose members volunteer to clean up litter and miscellaneous trash from a section of the highway.

“I volunteered with Key Club, and we do highway clean up. I think not littering and picking up litter is one of the most important things you can do for the environment. Littering can hurt animals, and plastics which aren’t recycled don’t decompose and have to be remade, using even more fossil fuels,” sophomore Bailey Swayne said.

“Our church has adopted Butter Creek Road, and we clean that up every month,” junior Paul Hairston said.

Some students choose to do their little parts without any group influence at all, like sophomore Kidane Gebrejesus, who not only participated in the Key Club highway cleanup, but also says he normally just feels inspired to help nature in any way he can.

Gebrejesus’s small efforts are shared among other students with things they don’t consider to be a big effort, but that do help the environment, like riding your bike instead of driving a car; Swayne and Hairston say they have been doing that more and more.

“I’ve ridden my bike to school every day for the last two weeks. I actually like it. The cold air just wakes you up,” Hairston said.

Each student has their own reason why they believe that the environment and its upkeep are important. This varies from simply appreciating nature to thinking of posterity.

“I have a fondness for woodland creatures, and I do engage in the occasional bear hug with a maple tree,” Hairston said.

Not only do students report that they like helping the environment, but that they think it can help solve other problems too.

“I believe water purifying could be the solution to many economic situations,” said sophomore Cassidy Holsinger.