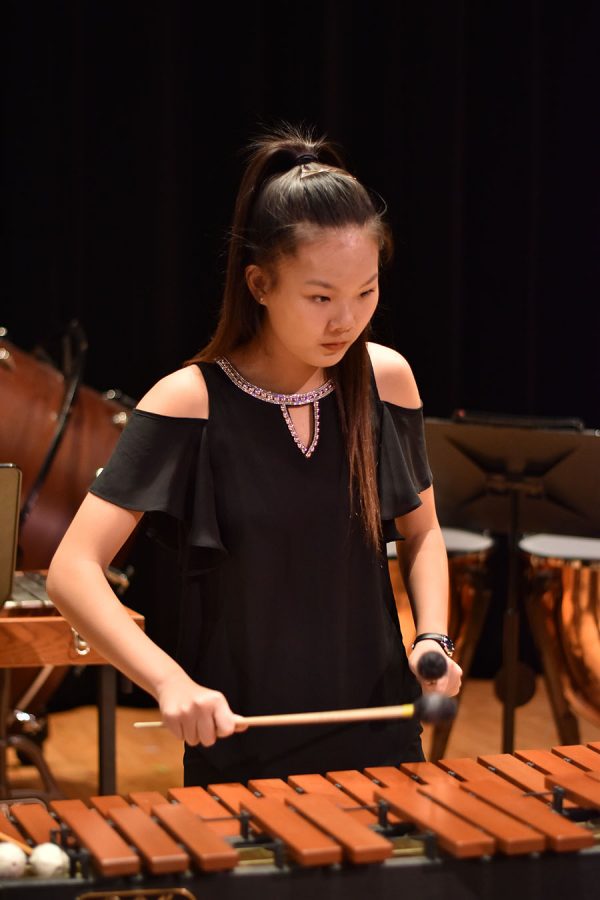 Sophomore Jeslyn Liu has been playing percussion in the Marching Blue Streak Band since last year, but has been playing since seventh grade. Liu enjoyed this year of marching band because she felt that everyone in her section was more driven and hardworking.

“[Band] was really fun. I think this year we got really good and everybody had a lot more dedication than last year. Everybody cared a lot more. [I] think with getting to know each other more, it made us cleaner in general, which was a good thing.” Liu said.

According to Liu, much of the band’s improvements have been due to directors Daniel Upton and Claire Leeper.

“[Leeper and Upton] have done a great job making the band better. With each year they have just changed a lot of things for the better. My favorite part of marching band is the feeling of a community. We go through losses and wins together and by the end, everyone can see the improvements we made, which is really special. Everyone has a role and the show depends on everyone’s individual performance and improvements, but at the end, it’s everyone’s separate efforts combined that earns us the award and defines our band,” Liu said.

Not only is Liu in band, but she also plays tennis here at the high school and has been playing since last year. With marching band taking up so much of Liu’s time in the fall, she wanted to play a sport, but could only play in the spring. Tennis was the perfect sport.

“I joined the tennis team because I wanted to play a sport in the spring and my sister had played tennis the previous year and spoke highly of it. I got to play on the ladder last year as my first year so that was pretty cool and I felt really accomplished,” Liu said.