Who eats at Arby’s? 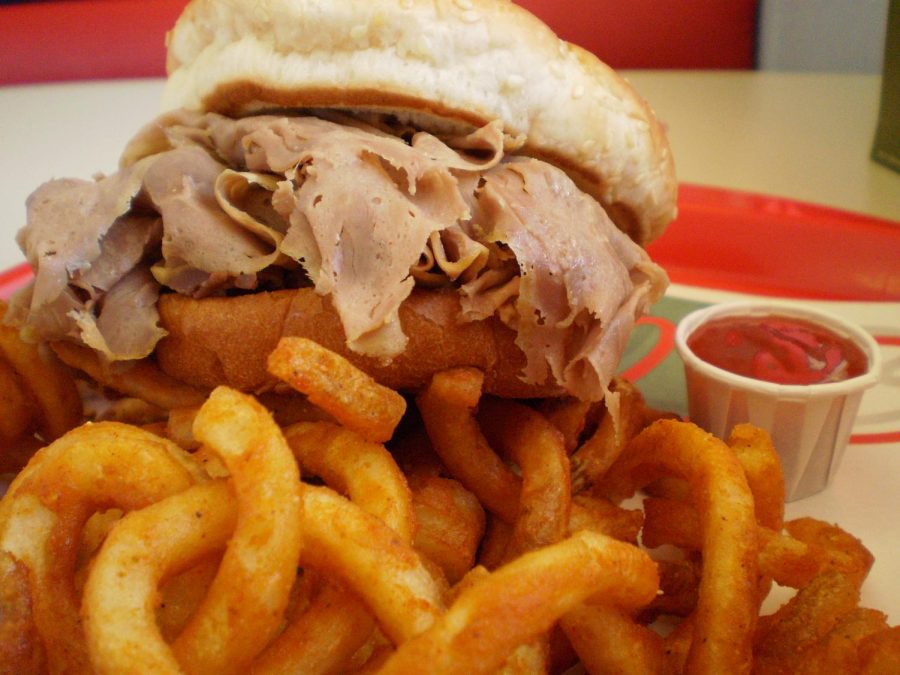 Arby's medium roast beef sandwich with curly fries is one of Arby's iconic meals. Arby's sandwiches appear to be 80% meat and 20% bread.

With 10 Arby’s in Harrisonburg, I have never seen a single person walk in or out of an Arby’s. I’ve never heard anyone talk about the food at Arby’s or even mention anything about it in general. All I know about Arby’s is that their logo is shaped like Spongebob’s pioneer hat and their slogan is, “We have the meats.” When I went to their website to learn more about them, I saw that they did have the meats indeed. It seemed that their whole menu consisted of sandwiches made out of 20% bread and 80% fat slices of meat and things like onion rings, mozzarella sticks and entire baked potatoes. That sounds cool and all, but why would you want to eat that instead of Chick-fil-a or Burger King? From there I decided to take to the halls, asking random students and staff whether they had eaten at Arby’s or not. After the data was collected in a group of 38 people, I found that  18 or 47% of the people surveyed had eaten at Arby’s, while 20 or 53% had not. Even though the Arby’s eaters were the minority, more people had eaten there than I thought. Maybe everyone just wakes up at two in the morning to go to Arby’s, which explains why no more than three cars are there at any time during the day. However business is business and I wanted to see what was going on.

One evening, I decided to make a run to Arby’s and experience it for myself. When I first pulled into the parking lot, I only counted three cars and saw two customers inside:  elderly couple sitting in one of the booths, just sitting and having a good time. From what I could see, it was a small but very pleasant atmosphere inside the restaurant. The floors were clean, the place smelled like french fries and lunch meat and Christmas music was quietly playing over the ceiling speakers. When I went up to the counter to order, a kind employee greeted me and asked me for my order. They recommended the Arbynator: a roast beef sandwich with french fries on top covered in cheese sauce. When I got home and opened it, it looked exactly like what I thought sandwich from Arby’s would look like: 20% bread and 80% fat slices of meat, but this time, it was covered in fries and cheese. After my first bite, I knew it was only going downhill from there. The thinly cut beef wasn’t the best and the cheese sauce definitely was not helping. To me, the only good part was the fries on top. Overall, the sandwich wasn’t really vibing that hard with me but everything, except for the restaurant’s food, was. Though I was kind of mad that I didn’t win the $1000 reward for completing the survey on the back of the receipt, I’m not stressing.