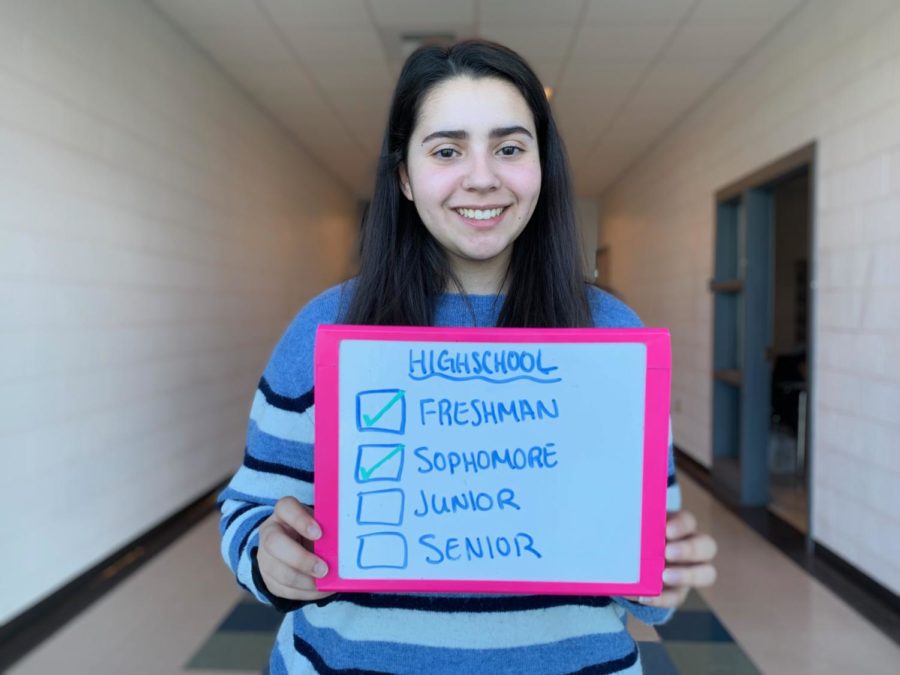 For Maddie Shanholtz, sophmore year was a busy year. Besides being apart of other school clubs, Shanholtz had to handle volleyball in the fall along with two Advanced Placement [AP] classes throughout the school year.  AP classes are courses which can be taken to get college credit if the student passes the exam given in the spring.

“Sophomore year was fun over all, it had its moments with school work because this year I decided to take two AP’s which added a lot to my plate. I had volleyball in the fall which took up a lot of my time, so I had to learn how keep up with everything and actually focus on studying and preparing for the AP tests. But overall, sophmore year was pretty good,” Shanholtz said.

AP European History focuses mainly on European history, and touches upon world history topics in preparation for the SOL.

“One of the best things that happened this year was taking AP Euro because I had [Marc Healy] as my teacher. He is a really good teacher and a cool guy,” Shanholtz said. “I really loved all the story times in between class time. It was really fun and interesting, and I think now I know way more about European history than the average person, so that’s cool.”

As students progress in grade level, so does the level of difficulty in their respective classes. With the rise of difficulty level means the rise in work and time needed to complete the work.

According to PrepScholar, junior year of high school is the most important as it is the last full year of grades colleges will look at. Junior year also represents you at your most mature; since teens grow a lot year by year, junior year is the best way for colleges to extrapolate what you’ll be like as an adult.

“I don’t really remember freshman year all that well but I would say that sophmore year was a lot better because I feel that I grew as a person and learned a lot even though it wasn’t a very long amount of time. I feel like I changed as you do over time,” Shanholtz said. “For next year, I’ve signed up for a lot of harder classes, and I’m looking forward to [working] harder, [managing] my time better and being another step closer to graduating.”