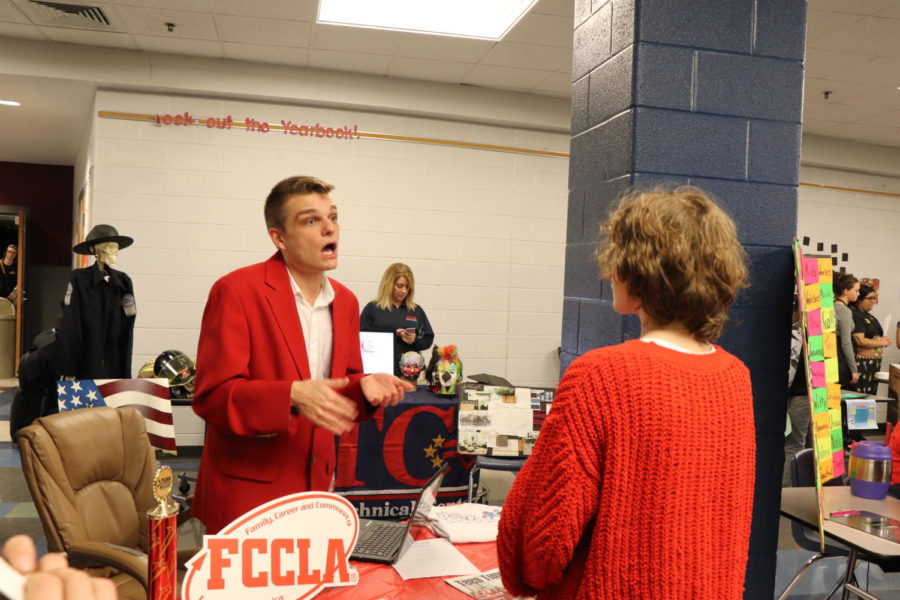 The Electives Fair is an opportunity for HHS and middle school students to learn more about classes and clubs offered at the high school. The fair featured booths run by both students and teachers.

Junior Jadelin McLeod, captain of the robotics team, attended the Electives Fair with other members of robotics to inform prospective middle and high school students about robotics at the high school.

“[I decided to help with the Electives Fair because] a lot of our members are seniors and they’re graduating, so we need more people. We also wanted to outreach more, especially with the younger incoming freshmen,” McLeod said.

The robotics table had examples of the robots students would be building if they were to join the robotics team.

“We talked to a fair number of people and a lot of students seemed passively interested. I think having the robots actually here helps,” McLeod said.

The Electives Fair was a chance for the robotics team to showcase themselves to the school and new students. While the team is looking for participants interested in robotics, anyone can join the team.

“For the people actually involved on the team, creative thinking and excitement about robotics [are important],” McLeod. “You don’t have to have that many pre-existing skills to join; we’re really self-taught. You show up, and we learn what we need to learn to do something.”

Robotics was not the only group at the Electives Fair looking to gain some publicity. Senior Sabrina Gerald, a member of the French club, came to the Electives Fair to spread the word about the high school’s opportunities, especially the language clubs and programs.

“I came to help with the Electives Fair because I’ve been a member of French club for two years now, and I’ve taken French all through high school. I think it’s really important, especially for people that are in eighth grade or in middle school, to know what’s going on in the high school and know what classes they can take,” Gerald said.

Although many students attended the Electives Fair, not all tables were heavily attended. This was a disappointment for some clubs, as this can be one of their biggest events to reach out to the public.

Sophomore Makayla Runion helped run the healthcare booth at the Electives Fair. Healthcare is offered as both a regular and STEM class.

“[At the Electives Fair], I was volunteering for HOSA, which is a future healthcare [professional] group for the high school. A lot of people that I tried to talk to said that they weren’t interested in healthcare, but there were also a couple of people who did seem interested, and I got to talk to them about the program,” Runion said.

“I mostly ran the band booth, but other than that, it was cool learning about classes that I didn’t really know about,” Moats said. “I’m in kind of committed classes right now, but it would’ve been cool to have more fine arts electives.” 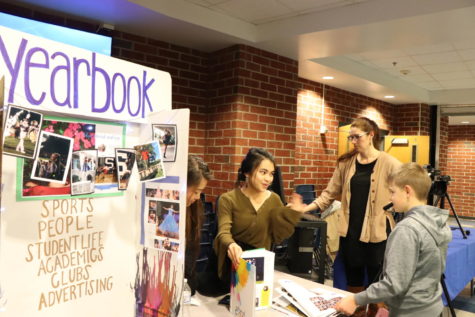