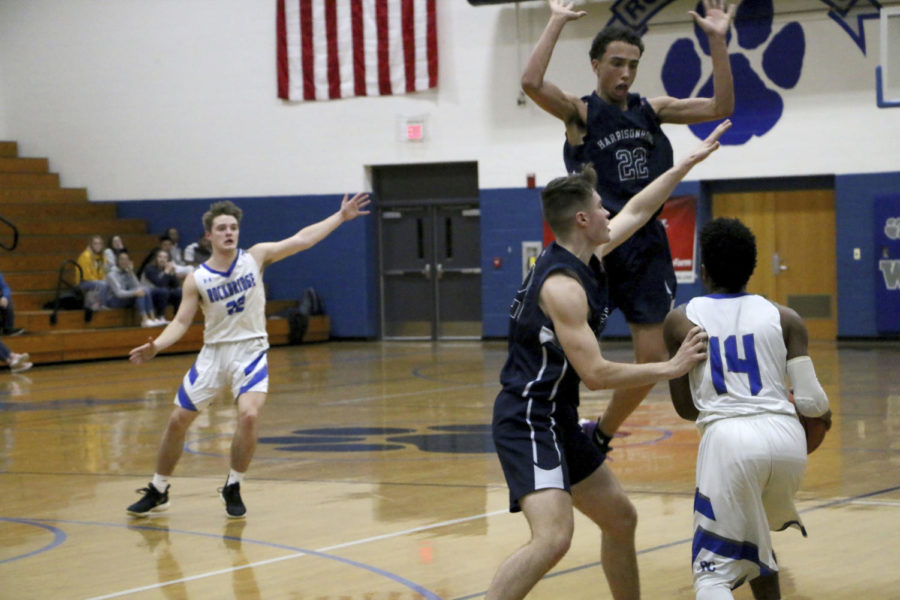 Last Friday, Dec. 7, the boys varsity basketball team traveled to Rockbridge High School to play their fourth game of the season. The Streaks won the initial tip off, gaining possession of the ball to start. Both teams had a score of four during the first quarter. However, the score wasn’t tied for long. Shortly after the halfway mark, senior team captain Taz Lockhart hit a three-pointer to give the Streaks a three-point lead. With two minutes left to go, junior Tre Butler made a three-pointer, giving the Streaks a six point lead. By the end of the first quarter, the Streaks led 15-7. During the second quarter, the Streaks held a steady lead against the Rockbridge Wildcats. By halftime, the Streaks were ahead by nine points.

Lichti went on to be the team’s high scorer for the night with 12 points. Velker followed with nine points and Butler with eight. At the end of the game, the Streaks came out on top, finishing with a lead of 10, the final score being 55-45.

After the end of the game, coach Don Burgess reflected on the game and his players performances.

“I thought [our players] found a way to win in a tough environment, coming to Rockbridge County High School. [Rockbridge’s] coach, Darrell Plogger, does a great job with his guys. They have a couple kids that can shoot a three, and they hit three or four threes and cut the lead to six,” Burgess said. “[But] then our guys found a way to take care of the ball and we got some buckets inside. I was very pleased with us going to the free throw line and knocking down some free throws.”