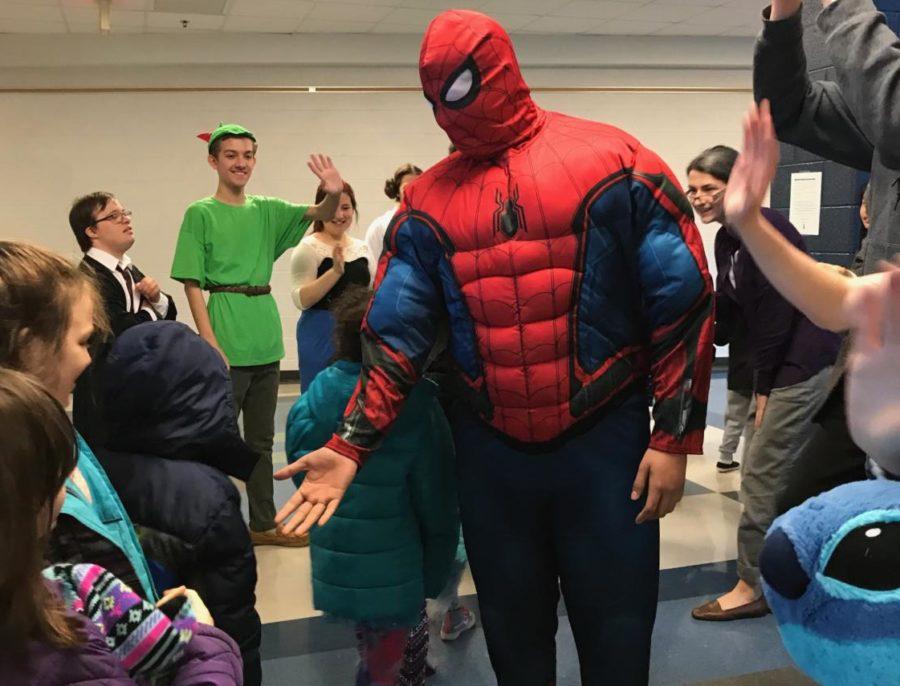 Each year, hundreds of local elementary schoolers flock to HHS to watch the school’s symphonic band perform Disney songs in an event called Tiny Tots. Tiny Tots debuted Mar. 20 this year, and featured songs from movies such as “Beauty and the Beast”, “Moana” and “The Lion King”, as well as shows like Nickelodeon’s “SpongeBob SquarePants”. In between performances of music, band members also introduced the different instruments of the band to the youngsters in the crowd with demonstrations of the different tones coming from each instrument.

In addition to performing the songs and musical education, upperclassmen from the band also dress up like a Disney character for when they greet the elementary schoolers. Senior Carissa Roberts, who plays baritone saxophone, also participated in Tiny Tots last year as a member of the symphonic band and enjoys performing the songs because of her own fandom. Roberts dressed up as Ellie from the movie “Up” and partnered with a fellow band member to make the costume happen.

“I was sitting in the band room and I was like ‘Oh my gosh guys, it would be so cute if someone dressed up as Ellie and Carl from Up’, and Nick [Burzumato] said, ‘That would be cute. I want to do it. Who will do it with me?,’ and I was like ‘Oh, well, it was my idea, so I guess I have to do it,’” Roberts said.

After the band members get into their costumes, buses drop off the elementary schoolers, and they are greeted by students dressed as characters like Spider-Man, Lilo and Snow White. The elementary schoolers have the opportunity to high-five and talk to the disguised students before entering the auditorium. While Roberts enjoys the songs played during the performance, she particularly likes the moments with the kids prior to playing.

“My favorite part would be high-fiving all of the kids that come in. It’s really cute, even though some of them hit kind of hard,” Roberts said.

While on the stage, Roberts believes the performance allows her to figuratively step into the Disney character’s shoes with each song.

“One thing that just always amazes me is that there are certain times when we’re playing the music where for a second I feel like I’m in a Disney movie. I love Disney, so it’s just a great feeling,” Roberts said.

In addition to playing the songs, some members of the band also used their voices to collaborate with the band, as seniors Ethan Scribano and Lizet Muniz, among others, sang during the performances of songs from “Moana”, “Aladdin”, “Frozen” and “Beauty and the Beast”.