Collins calls on students to be the future of science 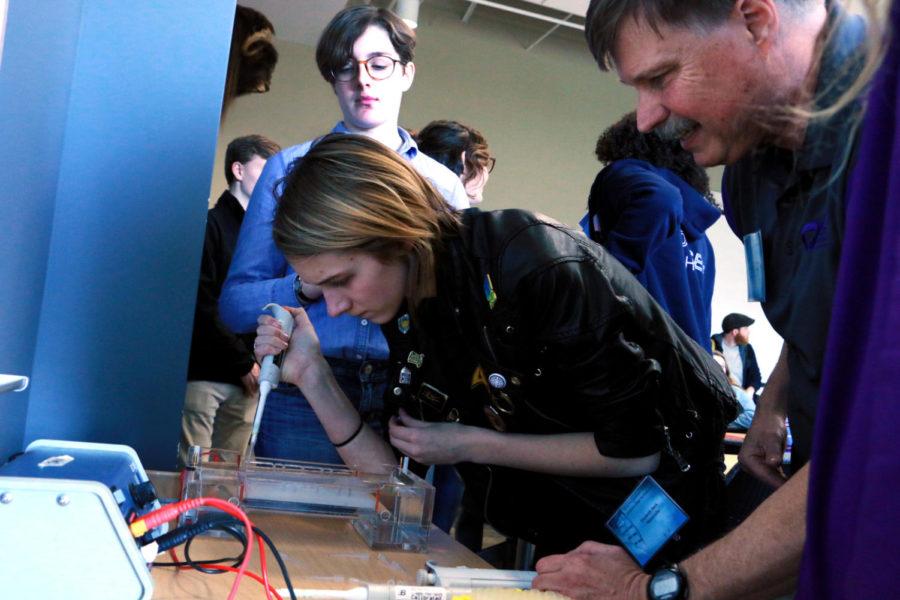 Eastern Mennonite University marks the setting for the twenty-fifth annual biotech symposium. Each year has a keynote speaker who leads a major presentation. Francis Collins, Director of NIH (National Institute of Health) and head of the Human Genome Project, was the keynote at this year’s symposium.

“[Being here] is a great gift. I am a fan of this symposium and a fan of Myron Blosser, who has been such an important leader in this space. I grew up only about half an hour away from here, so it’s nice to come back to the Valley,” Collins said.

The biotech symposium, originally created by STEM teacher Myron Blosser, is a day set aside for high school students that are interested in the latest technology and information dealing with biology. Blosser chose Collins as the keynote speaker due to Blosser’s fascination with the NIH director.

“What really fascinates me about him is that he was a local boy. He was actually homeschooled for a while, and so that tells me that you can start anywhere and you can go everywhere. When I stand up and look at my class of freshman, I realize that there in that class is the next Francis Collins,” Blosser said.

Blosser bases keynote speakers on how they communicate and speak to students. Collins has a PhD and MD, yet Blosser believes that he displays his ideas eloquently to people who do not have anywhere near as much education.

“I think students would be delighted. I think they [understood] what he says. I oftentimes have a keynote speaker who speaks over our heads, but I think that Francis Collins [did] not do that,” Blosser said. “I think that he talks to us in ways we understand, which I think is delightful. His personal skills are really cool. In answering and meeting kids after the symposium, because there are people who talk to him after he’s done, I think that students [were] very impressed with him.”

“[The biotech symposium] has gotten bigger since 2006. The lab part of the symposium seems more ambitious than was possible twelve years ago. I had a lot more I could say this time because science has rocketed forward in the last twelve years. Some of the things I presented today I didn’t even dream would happen when I was here in 2006,” Collins said. “I think the future of biotechnology is incredibly exciting, but it’s only going to happen if really smart, talented, visionary kids get involved. The chance to come back and speak to four hundred students in one place is irresistable.”

Blosser hopes that students get energized and inspired for the future of science. Collins is hoping for a similar takeaway from students.

“I hope they get a sense of the remarkable excitement and the potential about biotechnology right now. This is a time like no other. I hope that maybe some of them will look into this further, be inspired by what has happened today, and seek further opportunities to be involved. Maybe even turn this into a career,” Collins said.

Blosser’s and Collins’ hopes for students may be coming true. Sitting in the crowd that day was freshman Silas Benevento. This is Benevento’s first time ever attending a biotech symposium, and he hopes to attend more in the future.

“Francis Collins’ presentation was very interesting… I think this will influence my future in ways that I’m not entirely aware of. It definitely got me more interested in science because I’m currently not thinking about a science career,” Benevento said.

To end his presentation, Collins used a quote by Peter Levi to emphasize the major affect STEM students can have on the world in the future and encourage students to start taking action now.

“Hope in every sphere of life is a privilege that attaches to action. No action, no hope.”