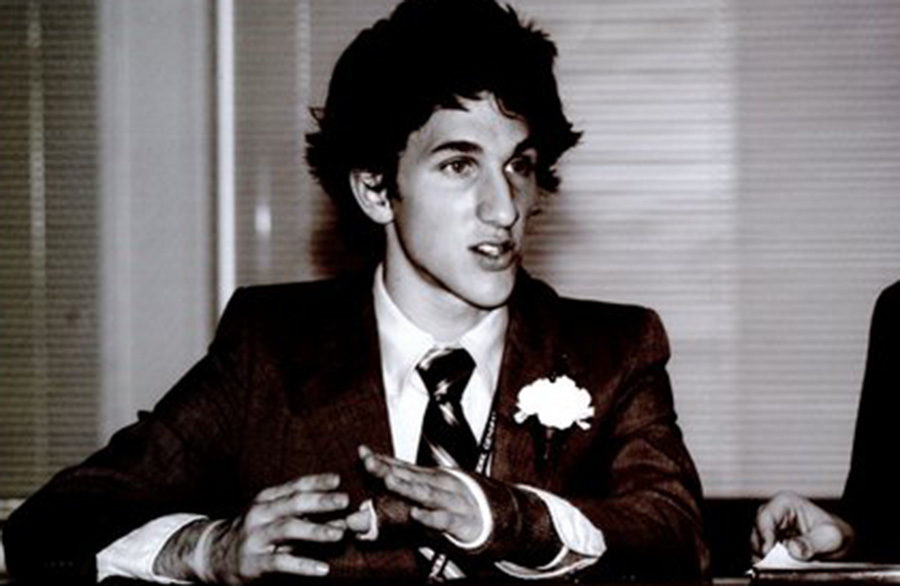 Matthew Sundquist has worked in occupations all across the spectrum of job fields. From working on the Facebook Privacy Team to writing for the Supreme Court of the United States (SCOTUS) Blog, Sundquist believes the best way to learn about a particular field is to work in it, rather than learn about it.

“When I was working at Facebook, I had this experience of realizing that I probably knew more about privacy and the law than lawyers and professors who were supposedly privacy experts. Not because they weren’t experts, but because they were experts in theoretical aspects of it and I had to work in real privacy everyday,” Sundquist said.

What brought Sundquist to working at Facebook was just pure interest. He was interested in the problem of privacy and he knew that applying for a job at Facebook would help him explore and even potentially solve that problem. This is the philosophy Sundquist has held for all of his job positions.

Sundquist started his journey at Harvard after graduating from HHS in 2005. Harvard is ranked as the second best university in the country according to U.S. News and currently has a 5.4% acceptance rate. Since Harvard is such an esteemed and exclusive school, when Sundquist received his acceptance letter, he wanted to make sure that the school meant to accept him.

“I emailed them back and asked them to double check to make sure I was the Matt Sundquist that they meant to let in. I didn’t really believe it myself,” Sundquist said.

Sundquist majored in philosophy while he was dual enrolled with Harvard’s education school. He obtained a teaching certification for high school history and English. While at Harvard, Sundquist was both the student body president and vice president, the supreme court chair for Harvard Model Congress, the dorm crew captain (in charge of cleaning bathrooms), and a member of the ultimate frisbee team.

“I was interested in the Supreme Court [and] I still am. I published some journal articles about it and I wanted to see what it would be like to have an experience working in a law firm, so I worked for their Supreme Court practice and their law firm while I was writing for the blog. I helped write briefs for the court,” Sundquist said.

While Sundquist is still interested in the Supreme Court and has since published more articles about it, he discovered that being a lawyer was not something that he could see himself doing for the rest of his life.

“I wanted to go somewhere that had a comparable government to the U.S. because I was also doing research there about law and education. I taught history, philosophy, linguistics, Spanish and English. Then, [I] worked as a translator for a gold mine,” Sundquist said.

In addition to teaching there, Sundquist researched sundials and their education system. Since Sundquist traveled to a very remote part of Argentina, the language barrier was difficult for him since very few people spoke English.

“It was really hard at first because I didn’t take any Spanish while I was in college. I took AP Spanish [in high school], but it’s not like that prepares you for conversational fluency,” Sundquist said.

Though he didn’t take any Spanish in college, Sundquist was part of the Virginia Spanish Governor’s School while attending HHS. His Spanish classes were part of what led him to Argentina, including classes taught by teachers Philip Yutzy and Kim Hook.

Now, seven years after Sundquist’s Fulbright in Argentina, he has taken many jobs since then, including founding plot.ly, a multimillion-dollar data company. It’s used by Google and NASA and is ranked one of the top three data visualization tools. Currently, Sundquist is the General Manager of Fly Ranch, located in Washoe County, Nevada. It is the permanent home for Burning Man, an annual summer art gathering where a temporary city is built in the middle of Black Rock Desert. Participants come together to celebrate self-reliance, self-expression and art. Sundquist enjoys taking the public on nature walks to view the three geysers on site and plans on doing multiple sustainable energy experiments with the property.