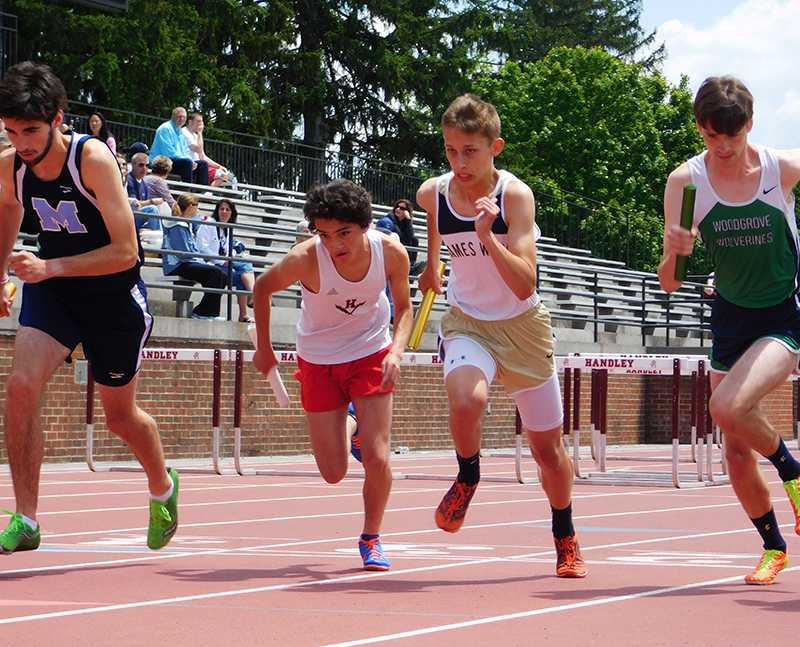 The HHS track team traveled to John Handley High School to compete in the Conference 21 track meet on Thursday, May 19. It was the first meet of the post-season. Runners who competed had a chance to qualify for regionals either by time or place. Several HHS athletes were able to do that, one of them being sophomore Isaiah King. King competed in the 4x800m relay and 1600m run. He qualified for Regionals for the 4x800m relay. His team consisted of senior Diego Avila, sophomore Mo Berhe and sophomore Evan Jost.

“This whole season we’ve been trying to qualify for regionals or states, so this was really big for us,” King said. “We all hit really good times, which hadn’t happened before this season. One or two of us would have a good day but the rest of us wouldn’t [before this season].”

Senior Diego Avila has been trying to make it to the state meet since he started his freshman year. Being one step closer to accomplishing that goal has him more focused.

“This opportunity isn’t given out. You have to earn it,” Avila said. “I’m happy that I’ve made it this far, but you can’t lose sight of what’s next. This isn’t the end of the line. The hard work continues.”

King is familiar with being in the post-season, but being a sophomore means he still has lots to learn from the upperclassmen.

“I’ve ran many races before, but I’m still not as experienced as the higher caliber runners in our conference or region,” King said. “I definitely learn from the older kids on the team. The awareness you gain just from racing isn’t enough. You have to watch how the other runners do it.”

Other qualifiers for regionals include freshman Samantha Little, sophomore Joel Clevenger, senior Lexi Eberly and senior Abrham Amine. The region meet is on Wednesday, May 25 at Freedom High School.