Behind the scenes: Spring Play 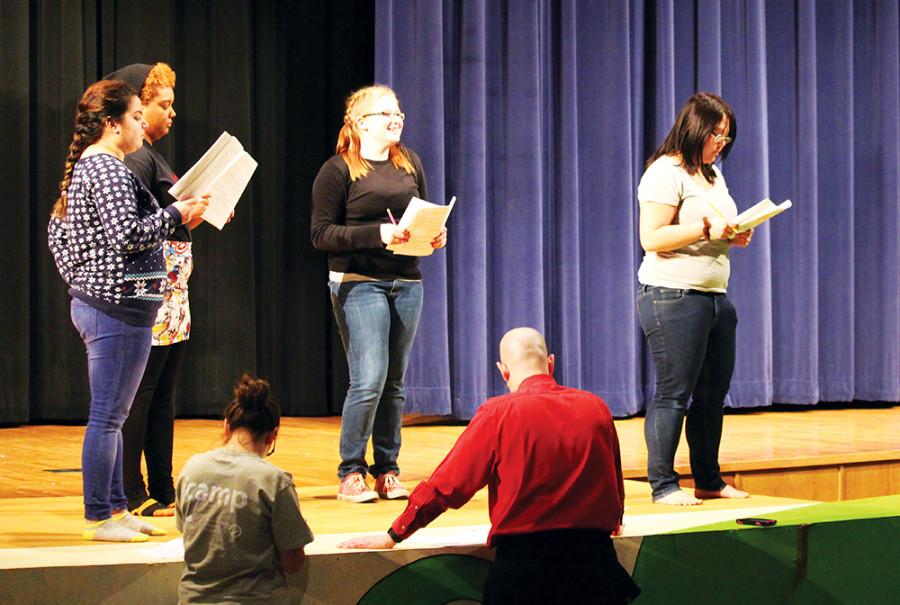 Themed around the conventionally beautiful and the wildly outlandish, the inspiration for The Coloring Book Play literally originated from a coloring contest that took place last year to promote the 2014 spring play. Director Bradley Walton judged the pieces and was impressed by the vast levels of creativity.

The major conflict develops from a quirkily colored veterinarian and guinea pig and a conventional yet beautifully colored pig.

“All of the sudden the vet just doesn’t look that great anymore, and the pig looks so fabulous, and one of the animals in the coloring book says to the vet, ‘I don’t want to go to you as my vet anymore, I want to go to the pig instead because he looks better than you’. And at that point things start to fall apart,” Walton said.

Due to the eccentric characters in the play, for example a veterinarian with green hair, an orange lab coat, and a pirate sword, and a blue guinea pig with a space helmet, costume design is going to be an important part of making the magic of The Coloring Book Play come alive on stage.

“We’re buying a whole bunch of white clothing that is going to be dyed based on what everybody is supposed to look like and for certain color effects I’ll be basically doing epic spray paint on some of the costumes,” Walton said.

Aside from the the intricate costumes, the play backgrounds are also going to bring their own challenges with them to get the look just right. Luckily for Walton, he will have help from classes.

Even though The Coloring Book Play has been more work than other spring plays Walton has done due to the detailed costumes and set design, he is excited for the final product that is set to take the stage on April 24th and 25th.

“[I’m looking forward to] basically just getting it up on stage and in front of an audience and hoping that the audience responds positively to it,” Walton said.